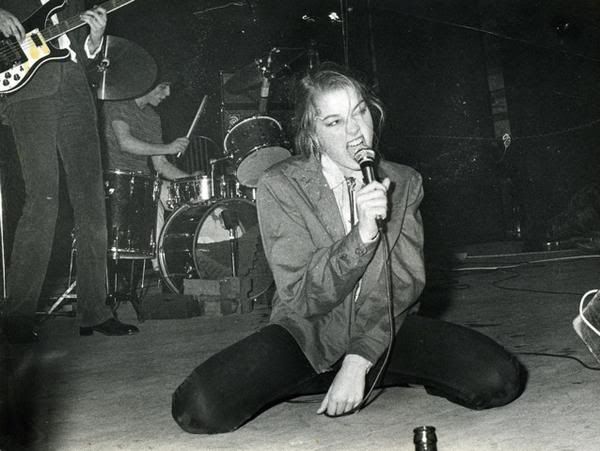 Elli Medeiros as the lead in the band marked the empowerment of women in music, especially within the French punk scene, as Elli was arguably the first female French punk singer. Elli Medeiros had moved to Paris from Uruguay at the age of 14, entering a new city on another continent in a new environment and spoke no words of French, and all in a pre-digital age. Learning the language of her new home was an essential but probably made easier by already being bilingual in Spanish and English. Her bilingualism was very important to her music, writing lyrics in both English and Spanish. This helped shape some of her success by creating greater commerciality to her music by appealing to both language speakers and assisted in later appealing to Malcom McLaren.

In her formative years, Elli participated in high school in Paris, but dropped out to join Stinky Toys – displaying a true rebellious spirit from a young age. In 1976, the band were present at the Sex Pistols gig at the Chalet Du Lac, which became another catalyst for writing punk music. Stinky Toys performances in France were not made unnoticed, and eventually led to an invitation from Malcom McLaren inviting them to perform at the 100 Club’s Festival in London in 1976.

The 100 Club’s Festival in London in 1976 was, of course a milestone for the punk movement with The Clash, Siouxie and the Banshees and Buzzcocks all on the rosta. This was a breakthrough for Stinky Toys to be able to share the stage with such hot acts at the time and later becoming legends of the era.

Their 100 Club performance was met with mixed reviews. The band had been praised for their aesthetics, but their music performance was questioned. Elli Medeiros famously stormed of stage as a result of the crowd’s indifference to their musical creations. Despite this Stinky Toys were signed by Polydor in 1977, originally to an international deal.

Stinky Toys first released a vinyl single with Boozy Creed on the A-side and Driver Blues on the B-side. The  single was met with mixed reviews, especially in the UK, Allmusic described it as “a largely flat, bland collection of recycled Stones and New York Dolls riffs with low-quality vocals”, something which French punk music was originally criticized for. These reviews convinced Polydor to abandon the release of Stinky Toys debut outside of France.

Stinky Toys later released two albums, with their debut album selling as many copies as the Velvet Underground’s first album. And like the Velvets, Stinky Toys fan base attracted famous figures, such as Andy Warhol. He struck up a friendship with Jacno and famously painted his portrait on a restaurant tablecloth using a borrowed make-up kit.

In 1979, Stinky Toys decided to split and perform their final gig. However, after the bands split, in 1980, Jacno became the poster boy for the Jeunes Gens Modernes, a label to describe the elitist post-punk scene based around Le Rose Bonbon nightclub. Jacno also created the soundtrack to Olivier Assaya’s first short movie. This movie included an instrumental by Jacno named ‘Rectangle’, which no record company would release at first. However, it became a massive hit across Europe. The film also included a single sung by Elli, that marked the birth of the duo ‘Elli et Jacno’, who sold millions of records until their romantic and professional split in 1984. Elli later went on to become an actress, working with American film director Brian de Palma who she later married.

Jacno produced albums for some of France’s most successful stars such as Jacques Higelin and Etienne Daho. Jacno is remembered most for being the pioneer of electropop music in France.

Although Elli and Jacno may not have experienced vast success with Stinky Toys, as Elli recalls it allowed them to ‘’discover music as a creator. I had always written or drawn before … but with the Toys I was no longer a spectator, a listener, but an actor’’. Stinky Toys allowed Elli and Jacno to realise their talents and provided them with a platform to become real influences in the music scene, especially within France. 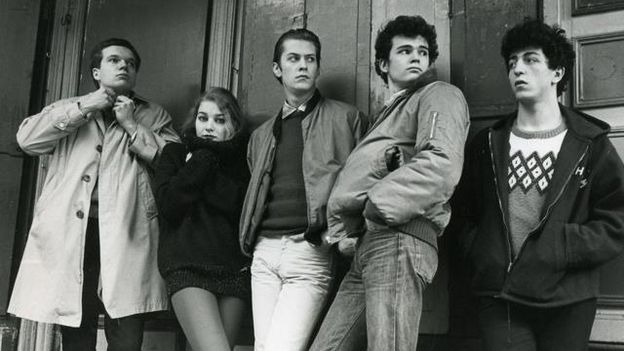