The blunt humour and 90s riffs of LAURAN HIBBERD 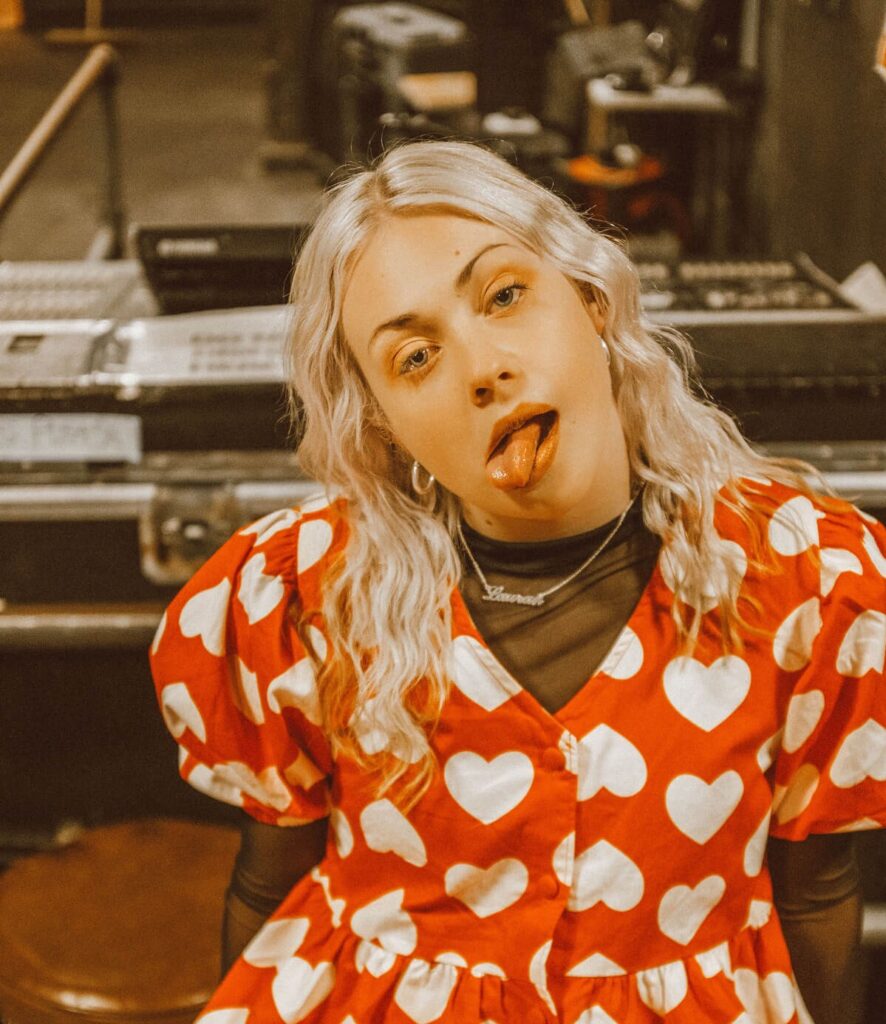 She’s been heralded as the ruler of ‘slacker pop’, but Lauran Hibberd is by no means work-shy; a self-imposed exercise of creating daily lockdown songs has resulted in a lengthy tracklist from which to make a debut album. Unashamedly confessional, Lauran’s lyrical narratives are as relatable as they are witty, and may have left some ears burning on her native Isle of Wight. We caught up with the singer song-writer about unusual lockdown habits, online pitfalls and her soon to be released single: ‘How am I still alive’.

Your music has been labelled as ‘slacker pop’, what does that term mean to you?

How do you keep up such a rigorous routine of song writing?

In the first lockdown I wrote a song every day, it was crazy but I think it gave me something to focus on – I was really down because my whole year had been cancelled – so I really needed something positive to distract me from what was going on. I’m really happy I stuck with it, but now I’ve got about 200 songs! I’ve never written that intensely before, some of them are very weird when I listen back, you can see my mental health deteriorating as it goes on…

Social media is now more important than ever as a means of staying connected. You’ve a song ‘Old Nudes’ about someone having compromising pictures of you, are you wary of the online world and its effect on music?

I used to be a bit of a technophobe and didn’t realise the importance of social media until now, it’s the only way you can interact with anyone these days; so much focus has been put on live streaming and sharing things I wouldn’t normally share. There is definitely a darker side, but I think it’s quite funny that someone is using my name and photos on a dating app, they put ‘my’ age as 19 and I’m 23 so I thought “I’ll take that any day of the week!”

What is something that frustrates you about the music industry?

That no-one really understands it, it’s such a thing to get your head around. You can’t just be a good songwriter and performer, you have to be a social media star, a TV personality, a tik-tok dancer and it’s exhausting to try to be all of those things when, actually, all you want to do is be like your favourite band in the 90s. Some of the expectations are weird, I don’t know how I feel about having to learn dances in my kitchen in front of my Mum to get people to listen to my songs!

Also, there is still such a lack of female artists on festival posters, we’re not on an equal par. There’re still more boys in leather jackets than girls in skirts playing guitars!

You’ve got a new single coming out soon ‘How am I still Alive’, could you give an insight into the new song?

It’s one of my ‘song in a day’ lockdown creations, I’m really excited about it, I’ve got a female collaborator singing the second verse but I can’t announce who it is yet! It’s about how you focus on weird things you’ve never thought about before because you’ve never had the time to do so, so you get stuck in the weird mental rabbit holes.

What are some of those weird things you’ve been focusing on?

What are you looking forward to?

Recording my album in LA and gigging at some point this year, those are my prayers! I didn’t realise how social all aspects of music were; from studios to rehearsing to travelling. This is the longest I’ve been on the Isle of Wight and I’m starting to feel super claustrophobic. I think that’s why song writing can take a bump because you take so much from what other people say, sometimes I come back from a tour and feel so full of stories that songs just pour out. But nothing new is happening; you’re just stuck with what’s hot on Netflix at the time, so I’ll probably write a song about The Queen’s Gambit (!)