The cult of the underground film: ‘I WAS A TEENAGE SERIAL KILLER’ 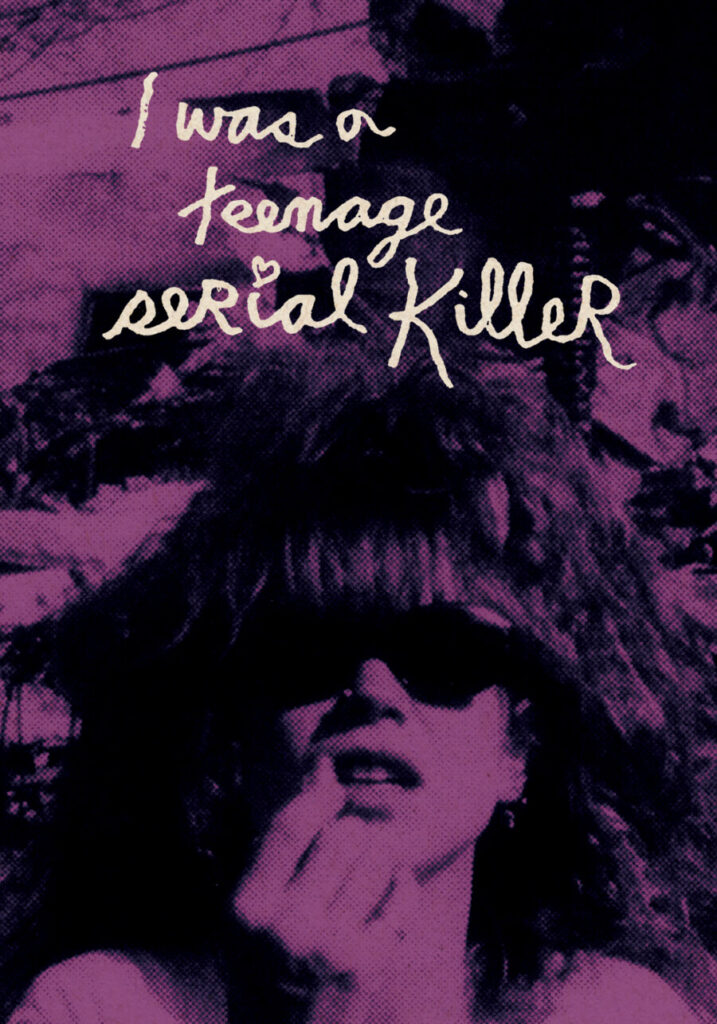 “I’ve killed 19 men, one for every year I’ve lived” admits Mary, the protagonist of ‘I was a Teenage Serial Killer’, Sarah Jacobson’s 1993 short film. This is Bonnie without Clyde, this is what Valerie Solanas’ SCUM Manifesto would look like as a B-movie directed by – the king of camp – John Waters; this is a raw, savage diatribe against misogyny.

A victim found in just “boxer shorts and boots”: the film opens with an ooze of inky blood. Shot on black and white 16mm film, ‘I was a Teenage Serial Killer is as grainy and greyscale as the Riot Grrrl zine culture so prevalent at the time.

Fed up with objectification and discrimination, Mary is hellbent on seeking red-handed justice. A beer-bellied slob curses and groans that Mary ought to sort herself out and settle down. His inflammatory tirade is drowned out in fuzzy audio feedback as he coughs and splutters; his booze has been laced with rat poison. A romantic conquest removes his condom mid-act (a scene which is reminiscent of Michaela Coel’s phenomenal 2020 series ‘I May Destroy You’) and destroy him, Mary does. A scene set against crude nursery rhymes and a chain-link fence; our anti-heroine is drawing a chalk prison over a graffiti heart when she is cat-called. “Thanks for the complement, asshole” she snarls and pushes him in the way of a ten-ton truck. “Cool!” a nearby little girl delightedly squeals.

The entire 25-minute span is entwined with camp humour and trashy perversity; Mary gives up her solitary transgressions upon meeting a fellow who declares that he only kills straight guys as a means of getting back at patriarchal society. Queue a montage so sweet it’s sticky and so savage it’s shocking; our kindred spirits are the picture of domestic bliss. They cook together and then kill together, innocently kissing over a mutilated body. Yet the romantic euphoria is cut short when Mary’s boyfriend brings home a female victim, infuriated by his lies, Mary kills him. Blood like black treacle dripping over his head, “I’ve been murdered! I knew it couldn’t last”, the boyfriend exclaims before collapsing. Mary’s sighing response: “It’s hard to find someone you have so much in common with.” 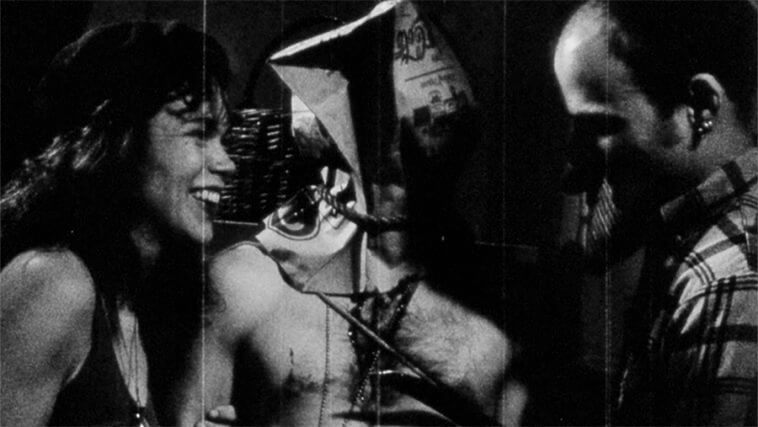 ‘I was a Teenage Serial Killer’ could be merely interpreted as a low-fi half hour of gratuitous gore – and, in many ways, it is. Yet, it’s vital to recognise this short film as a mechanism within the Riot Grrrl movement. An impetus for women to act on their anger and express themselves in the way in which men had been doing for decades, this underground movement of third-wave feminism called for radicalised un-lady-like responses. “It’s not right for a woman to have any rage!” argues Mary in the film’s final scene, “You can have your fucking James Dean image and be a hero of society. And I have just as much pain, if not more, and no one can ever look me in the eye and say ‘I’m sorry!’”

Directed by underground figure, Sarah Jacobson, at the age of just 20, ‘I Was a Teenage Serial Killer’ visualises the lyrics of Bratmobile and Bikini Kill in a narrative, barbaric yawp. Sarah Jacobson died in 2004, leaving an experimental legacy of female filmmaking. Her 2002 manifesto, S.T.I.G.M.A (Sister’s Together in Girlie Movie-Making Action) calls for female viewpoints without make-overs, shopping montages, fantasy lesbian make-out scenes, death and “glamorous” corpses. A declaration against intimidation and objectification, the S.T.I.G.M.A Manifesto – and the resolute message exaggerated in Jacobson’s debut short – is alarmingly relevant even now.

The closing scene of ‘I Was a Teenage Serial Killer’ reveals the trauma beneath the veneer of playful violence. Holding a broken glass bottle to the throat of a lost stoner, Mary concludes that she doesn’t have to kill to be heard. In a final monologue, she releases her would-be 20th victim, deciding “I’m gonna do something worse, whether you wanna ignore me or invalidate my story; I’m gonna tell them anyways. You can’t keep me quiet!” The sound (ironically) cuts out as the teenage serial killer walks away.

The 2020 novel ‘Girls Against God’ by musician and writer Jenny Hval explores ideas of film-making and “girls hating together.” Hval epitomises the importance of works such as ‘I Was a Teenage Serial Killer’:

“Isn’t that why the underground, the avant-garde, the B-movies and fanzines […] originally emerged: to be free of the consequences and this relentless comparison to reality, and to open up other structures? They were able to create space for a different kind of art, a different kind of writing. Or maybe they just created a new set of rules, new hierarchies?”

The film was an inspiration for our photoshoot of the same name in 2021. You can buy the products HERE.

As we pass the 40-year milestone at Underground we have been looking at the meaning underground culture and the underground universe. “I was a Teenage Serial Killer “is a film that openly challenges the norm and rails against the system. With the patriarchy in its sights, the nearly 30-year-old film was 90’s move against misogyny. The message and the call to action sadly remains necessary in 2021, although in a changed climate that no longer requires the protagonists to be underground. It is no longer an underground cause but one for all of society to carry forward.

The film gives us inspiration and we pay tribute to it with a contemporary photo shoot. Aptly devised, directed, made up and shot by an all-girl team, the “Teenage Serial Killer” shoot is Underground respecting the underground. 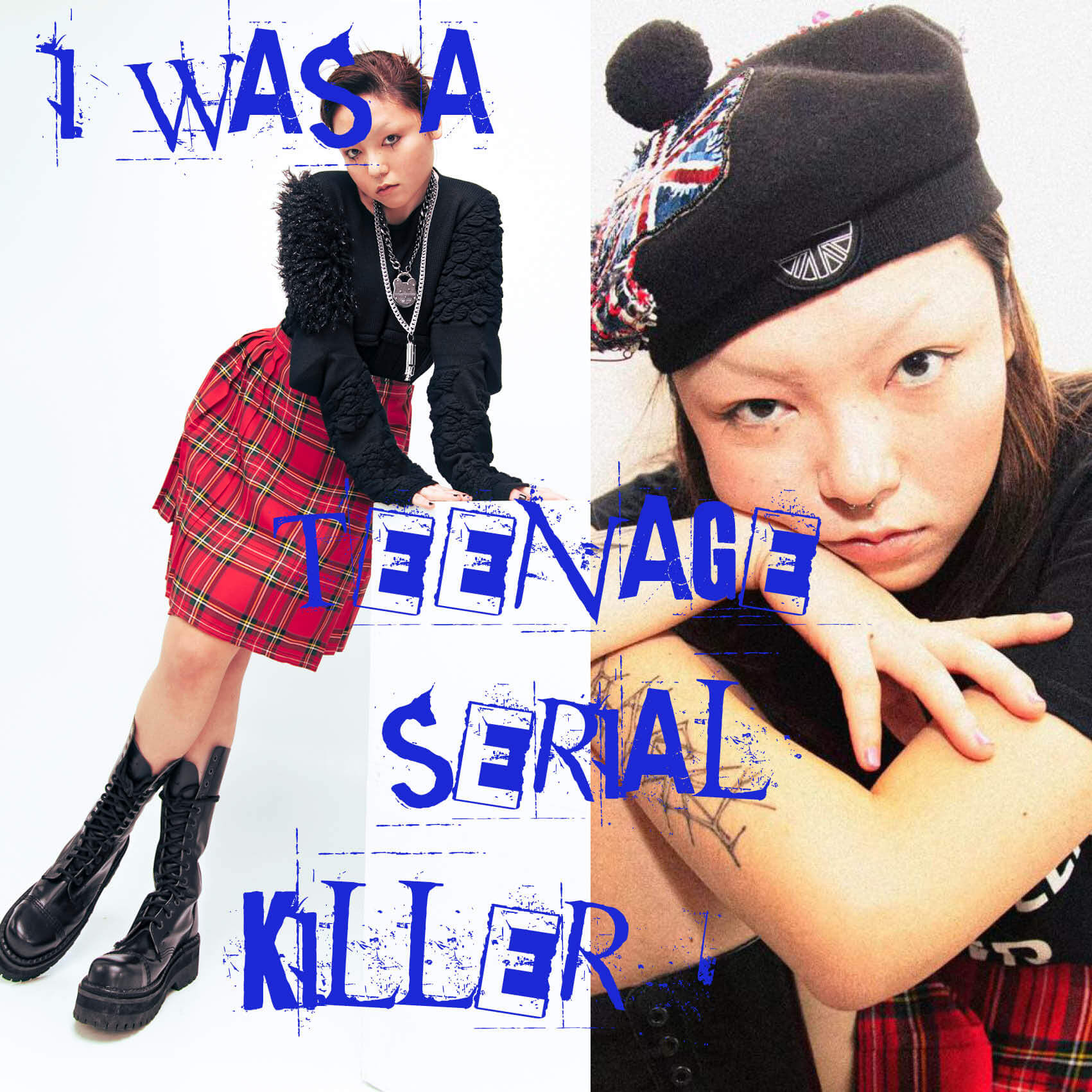 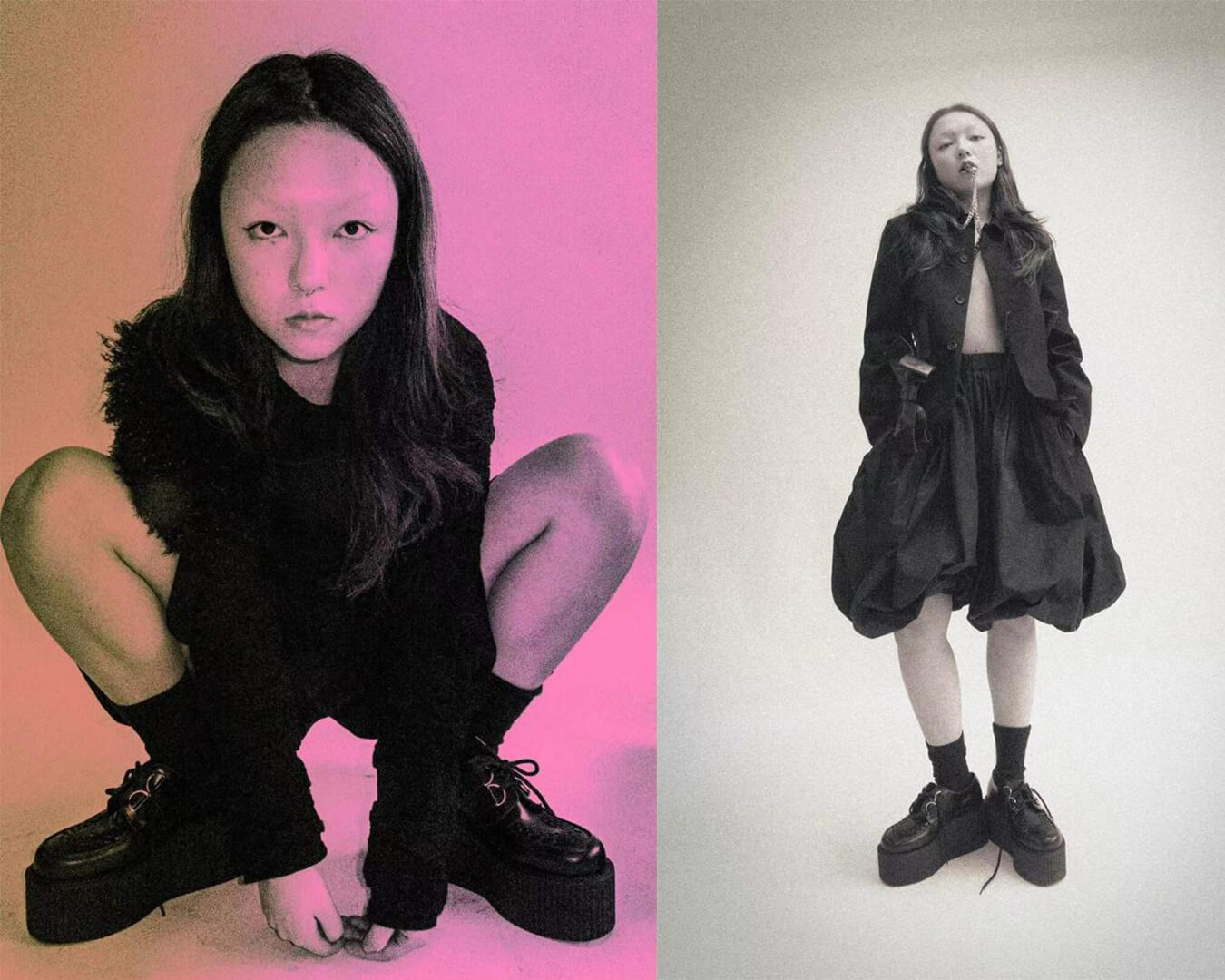 Our ongoing series of reports on film from the underground with a special emphasis on those films with a subculture theme.