THE DAYBREAKERS on the obstacles of rock’n’roll 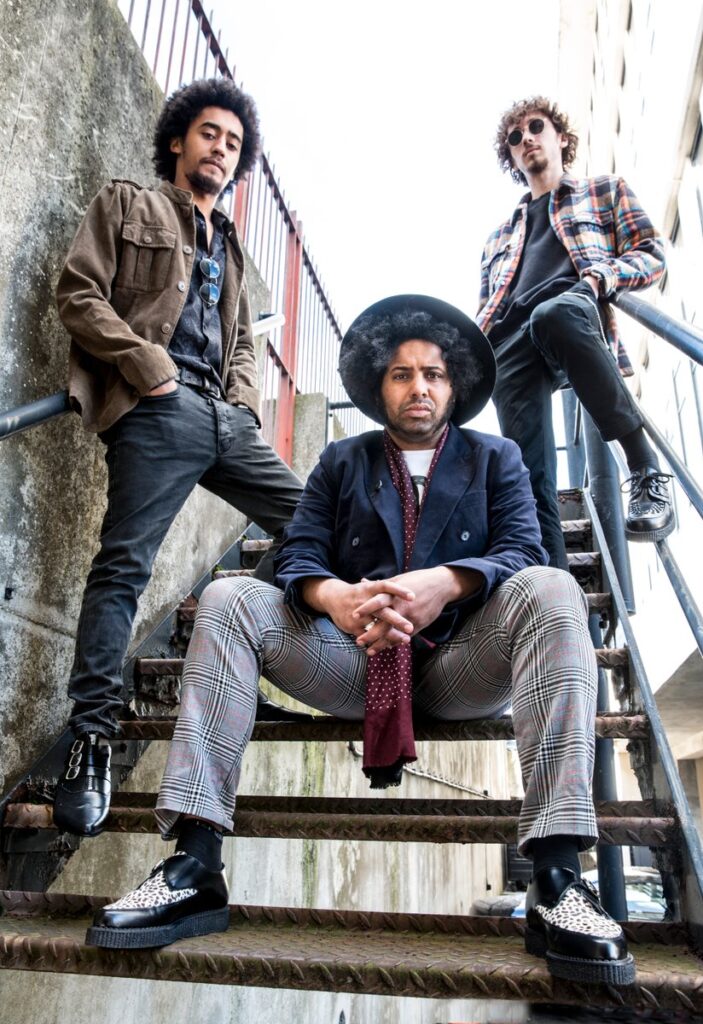 Guitar-slinging and fedora-clad, The Daybreakers are composed of rollicking blues and smooth vocals. Combining the slickest parts of experimental rock with lyrics pertaining to contemporary musical cliches and white-washing history, this trio’s musical plight is symptomatic of the modern condition. From the paintings of Basquiat, to the forgotten musical lineage of Sister Rosetta Tharpe, we spoke to The Daybreakers about their influences.

For the uninitiated, how did you all find each other and what led you to form a band?

Aidan: After playing as a solo artist for a period, and through producing, I’d sort of made a list of players who I’d love to have a band with. A solo record of mine was released via Universal in 2017 and it sort of fell off the radar. I just don’t think playing this type of music has the same impact when you’re a solo artist. I guess rock folks like the gang or camaraderie vibe as much as I do. Connor I’d known for a while and he has a new jazz group with James called Kaytra Blue so it was a perfect fit.

With a lineup which was only finalised in February 2020 (with the addition of James), how have you navigated this challenging year of lockdown as a new band?

We are lucky to have a space in Old Street where we can play, record and put on shows. When some restrictions were lifted, we put on some bi-weekly socially distanced events and performed with some bands who are friends of ours including Fire in Her Eyes and Candy from Brighton, the events were pretty successful. 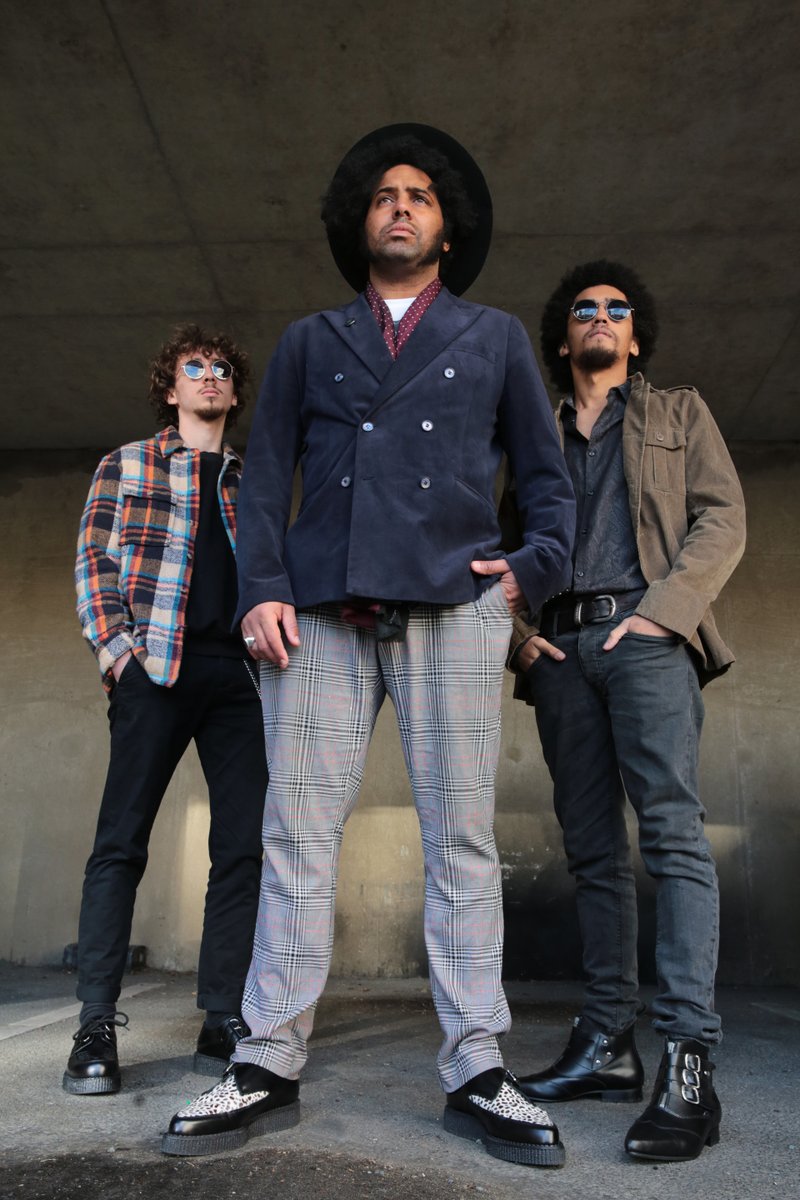 You’ve recently released a preview for ‘Black Beatles on the Radio’ which you’ve told us is about Rock and Roll originators who have been overlooked economically and historically. Could you tell us about some of those musicians you’d like to shed some light on?

It was rather sad the other year when Stormzy claimed to be the first black artist to headline Glastonbury when Skunk Anansie had done so back in 1999. Stormzy later apologised but it was as if the memory of Skunk Anansie had been erased from the public consciousness rather than celebrated, we weren’t even aware that they had headlined ourselves.

Memphis Minnie provided a blueprint for modern rock music back in the 30’s. She recorded 200 songs including ‘When The Levee Breaks’. Her family is still suing some artists and record companies for royalties and using her work without permission. Otis Blackwell wrote songs for Elvis, and provided the laid-back vocal template that Elvis adopted mid-career. Sister Rosetta Tharpe has only recently been rediscovered or reappraised, back in the 30’s and 40’s she was the ultimate guitar virtuoso with some ferocious vocals to match.

Your songs also voice frustration with rock and roll stereotypes. What irks you about these musical cliches?

We’ve lost a few friends due to substance abuse and we feel it’s something that is pushed upon young bands or perhaps some are in love with the self-destructive images of artists like Janis Joplin or Johnny Thunders.

Despite many of the originators of rock’n’roll being ‘in the instance’ of Sister Rosetta Tharpe, ’a person of colour and a woman’; people of colour are still viewed in some ways as anomalies in rock music and are not treated in the same way as their non-black counterparts. There are far more obstacles to overcome and sometimes abuse to endure when you’re not viewed as typical.

When will these new songs be released? Can you elaborate writing process?

A full record will be put out in September with some singles preceding from late March. Some songs might start with a bass line or a drum pattern and usually Aidan will have some lyrics and freestyle them until we formulate into a fully-fledged song. When we record, we usually deconstruct and then add some layers; synths, textures or samples.

Your music seems to be influenced by the seventies and late sixties, what draws you to that particular period?

This has been a starting point, but we are equally influenced by punk, jazz, electronic music, blues etc – a wider scope is evident in the newer material. When you are heavily influenced by black music it can often end up sounding similar to some late 60’s bands as they were heavily influenced by black rhythm and blues. Through gradually incorporating more elements such as synths, samples and collaborating with some amazing vocalists including Alice Milburn and Maeve Bluebell. We are making a conscious decision to make something that we feel sounds unique.

What is inspiring you right now?

Conor: Akira Kurosawa Movies, Steely Dan, All The Man Is by David Szalay. 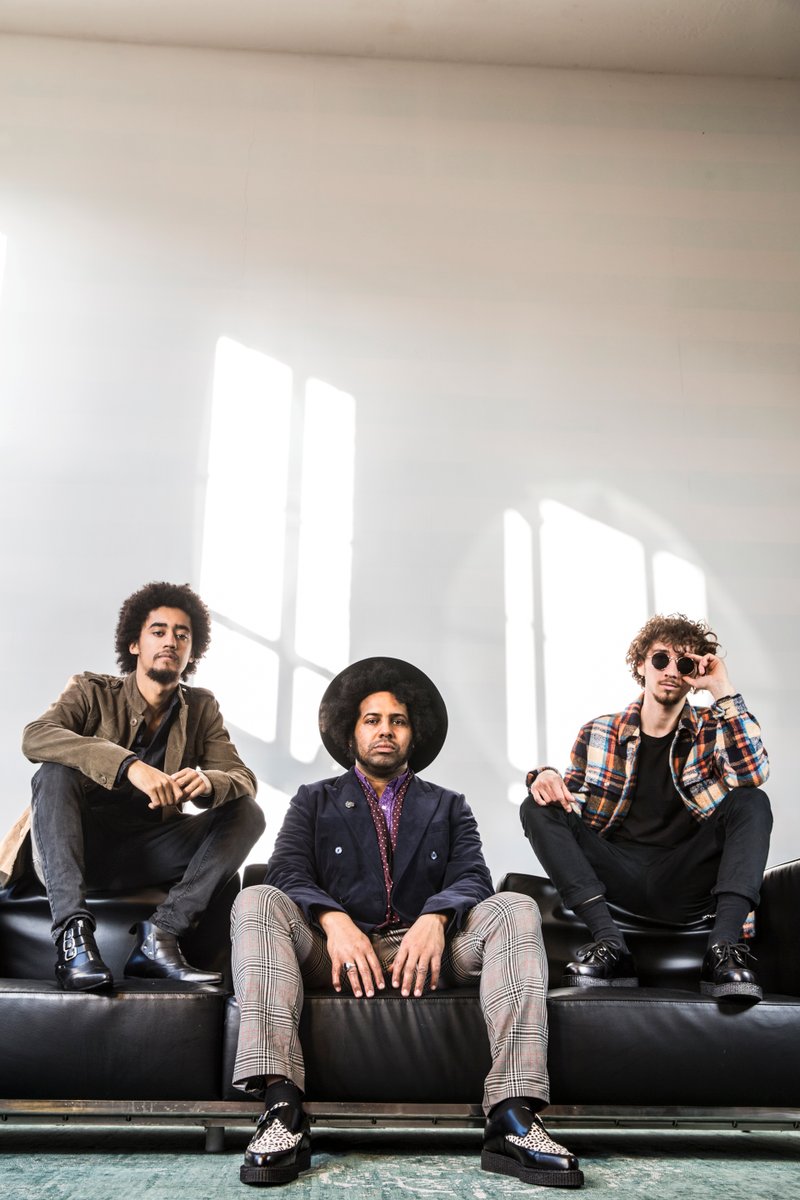