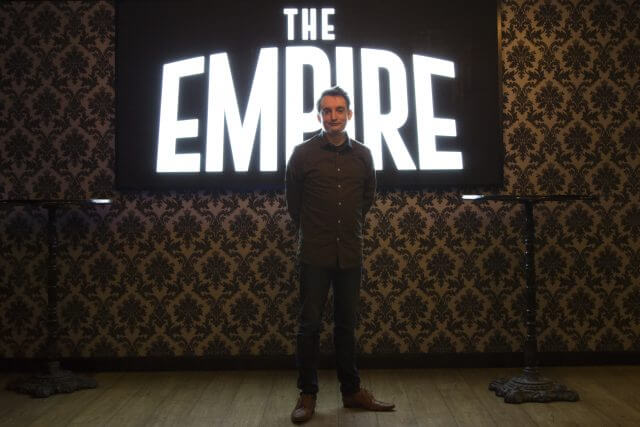 We interview Tom Clark, front man of The Enemy and now a partner in The Empire – the Coventry Venue that is providing the opportunity for International and British artists to perform in the City. The Empire is also home to numerous club nights for a wide range of genres.

We were lucky enough to sit down with Tom at the venue as part of our Underground Music Awaydays in Coventry. It’s Independent Music Venue week this week and we pitched some questions to Tom about the venue scene.

You had an amazing success with The Enemy. What’s the motivation for this new venture – The Empire?

For years we’d toured the UK and each time we wanted to play Coventry we found that the only music venue has morphed into a nightclub and there really wasn’t anywhere to play. Music is a massive part of the city and it saddened and frustrated myself and the other guys involved that there wasn’t a place for music fans to come together and enjoy what they love. 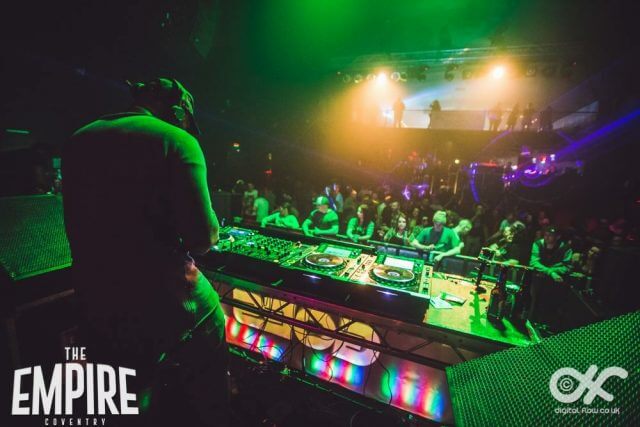 Filling a live Music Venue requires good management and good artists. How are you managing to create so many successful live music and club nights in Coventry?

Well it’s not easy. The first year has been about working tirelessly to get into people’s radar, both the industry and the public. Ultimately it’s about changing habits, about offering a massive array of artists to change local people’s habits and get them to come into the city centre to enjoy music again, and changing agents habits when booking tours to get them to see Coventry as a viable option. It’s also about making sure that when people get here they are blown away, from a music fans point of view that means having unbelievably good sound, reasonable bar prices and welcoming staff, from the industry point of view it means having a capable team who are professional and make life easy for artists. Most importantly of all you need passion, because all of this is incredibly hard work at a time when music venues are closing down, and we’re just opening up.

You are a big supporter of the Coventry arts and music scene. Having your hands on the wheel of one of the big parts in the scene must be a great feeling for you?

It’s definitely nice to be in a position to lobby for local supports when big touring artists come to town. It doesn’t always work out, the music industry is very political, but we all do what we can to champion local music. The real key is to support the music venues, which are smaller than us, because that’s where you’ll find the acts that will grow into the 1000 capacity support acts. It’s about building relationships in the city and I’d like to think we’re approachable and eager to support everyone who’s contributing to the local scene. 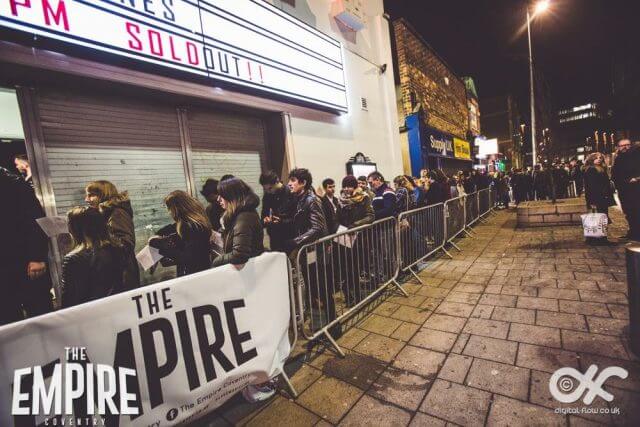 Not only Coventry but the Midlands – how is The Empire reaching out beyond the City?

I actually sat and went through the ticket stubs after one of the shows at Empire and was amazed to find people traveling from Scotland and the north of England, the furthest I’ve seen is Japan! I think on those occasions it’s because we’ve offered a smaller more intimate setting than the acts were playing anywhere else in the world. Sometimes punching above our weight really pays off. If you see your favourite artist in a close intimate space where you can hear everything and see everything you’ll probably never forget it, and some of the artists we’ve had play at arena level so there’s really not many opportunities to see them in circumstances like that. Those occasions where we bring people from all over the world into the heart of Coventry make me very proud, it puts the city on the map for people who would probably otherwise never have visited. 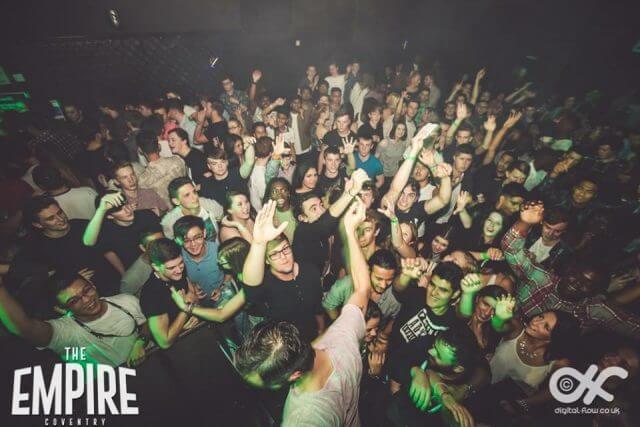 Keeping Music live is a big think for us. We know you have been working with the Music Venue Trust. Tell us some more about their work and what you have been doing.

To be honest my involvement with MVT has been about learning. I’ve spoken on a panel for MVT about the relationships between venues and artists but there are so many experienced people involved with MVT that it’s been great to have the opportunity to learn from them. You never know everything, the day you think you do is the day you fail, so it’s great to be able to support people who are strong voices in the fight to keep music venues as relevant and important as they’ve been historically, whilst also having the opportunity to meet and learn from experienced figures in the industry. 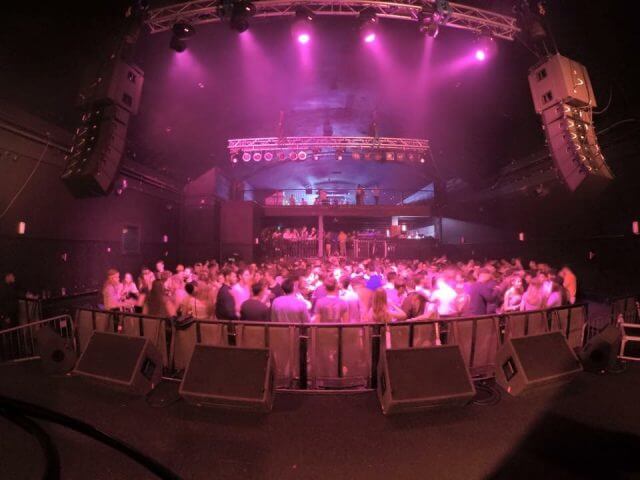 What have you got coming up at The Empire this year? Any new nights or special artists lined up?

Year two for us is about building upon the established club nights, booking new artists and continuing build on what’s still a pretty new brand. We have a great relationship with the local student community which we want to build on, the weekly student night has been a real success, and we’ve recently established our own in house club night Yoda which features the best in R&B, Dancehall, Afrobeat, basement and some grime and trap, on Monday night we had Kojo Funds which was a great night. We also want to focus on one off DJ appearances, we had Tom Zanetti the other day which was a hugely popular event and we want to do a lot more of those. We’re also very excited to welcome a new booker who’s main focus is on live bands, we’ve already had some huge acts play and the goal is to keep the momentum going with those live music events too. In our first year we put on around 10 sell out live music shows, we want to grow that to at least one per month with a view to it being double that by the end of year two.

Without giving anything away who would you like to see at The Empire?

I’d like to see everyone who books a UK tour make a stop in Coventry! That’s been my goal from the outset, to be a permanent fixture on the regular touring roster. We’ve built the venue, now it’s about building relationships with promotors and agents. For me personally I’d like to see a wide array of artists and genres, that’s what keeps it exciting for me, discovering music that I’d never have found otherwise. 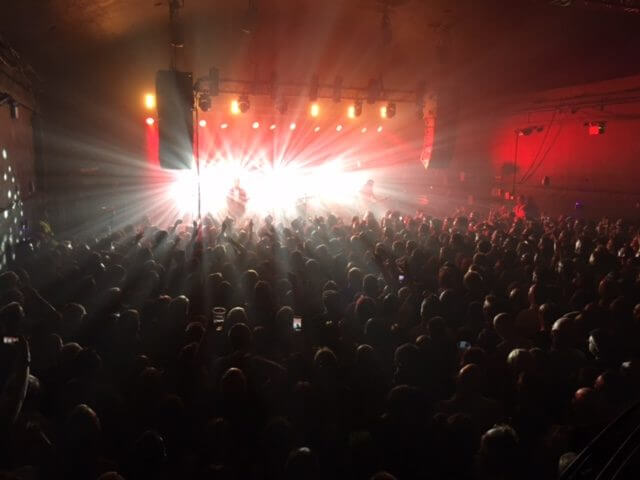 The City of Coventry is bidding for City of Culture 2021- how are the Empire and yourself backing that?

Every way we can, it’s a huge opportunity for the city to see some real investment into the arts. We have such a rich legacy of creativity in this city and a budgetary pledge to recognise and reinvest in it is exactly what we need to keep spurring on the next generation of musicians and artists. I consider it a really vital part of the city’s identity. We like to shout about it wherever we can!

Fun question – You can put on weekend event at The Empire with 10 acts from headliners to up and coming. They can be past and present and you can include artists that are no longer of this world. Give us your billing list.

Oh wow, well I’d love to see a real mix of music, live music has always been my passion, I’d love to see the Specials play in Coventry again, they’d have to headline. I really love a local upcoming band called Coves so they’d have to figure on the bill somewhere. I grew up on Bowie so in the fantasy world of this weekend of music I’d definitely book Bowie with my imaginary budget! I once did a tour with Lethal Bizzle and I’d love to see him in Coventry, I think he’d go down ridiculously well. I also really like a lot of Oliver Heldens stuff, future house sounds absurdly good through our sound system. I really like trap, OT Genesis and Desiigner and could see that going off massively in Coventry. Part of the fun of Empire for me is discovering music that I’ve never heard of, so I’d maybe put the rest up to a public vote! To be honest, that’s been the biggest take-away from Empire for me, if you’d have told me a year ago that I’d be listening to Beezeldub by Paleman at home because I remember watching the empire walls shake to it I’d have said you were nuts…but that’s the beauty of keeping an open mind and letting people introduce you to new music!

The Empire is the heart of nightlife in Coventry; if you are there don’t miss out