The Great Escape is the festival for new music, showcasing 450 emerging artists from all over the world in 30+ walkable venues across the city. It’s the first place to discover new artists and see them in an intimate setting before they go on to headline major festival stages.

Its finally here and seems like summer is coming. The Great Escape is ready to unleash the hottest upcoming afrobeat, rap, grime, dancehall and bashment artists on Brighton for three days of musical pandemonium.

Adding that extra fire to the line-up is one of the UK’s most lauded rappers, grime trailblazer KANO, who’ll be heading up the third spotlight show  presented by YouTube – and bringing with him a sizzling bunch of friends including Little Simz, Ghetts, Kojo Funds, DJ Maximum and DJ’s Elijah and Skilliam. This show will take place on Friday May 19th at The Old Market. 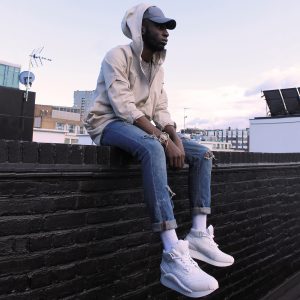 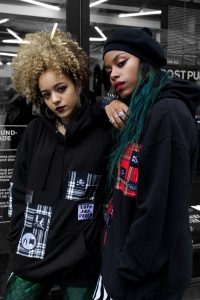 Kano said: I can’t wait to get back onstage with my band, and what makes it even more exciting is that I got some friends with me. And they just so happen to be some of the best in the game.

Another incredible addition to the line-up sees the NEW GEN crew coming together for a club night featuring some of the best underground artists from the UK’s grime and rap scenes including NEW GEN executive producer and rapper Renz and crafty beatmaker and lyricist Jevon, with extra special guests to be announced on the night set to make this one of the biggest parties of the weekend.

And there’s more: he has already knocked Kanye West from the top of the iTunes hip-hop chart and now Irish wordsmith and rapper extraordinaire Rejjie Snow will sweep festival goers up in his effortless flow, whilst Stefflon Don is ready to cause a stir as she conquers the UK rap scene with her crossover-dancehall, hip-hop, grime and RnB, and rapper, poet and visual artist Kojey Radical will turn heads with his fierce and compelling lyricism.

With a MOBO award under their belts already for hit collaboration Dun Talkin, Abra Cadabra’s versatile arrangement of laidback tracks, distinctive lyricism and fiery freestyles are making an instant impact on the scene, while Kojo Funds who will be playing the GRM daily stage will command attention with his unique ability to travel though grime, RnB and Afro-fuelled melodies in the course of one song.

Other highlights include Ray Blk on the Box Fresh stage, whose warm RnB melodies and hip-hop cadences have been compared to Lauryn Hill, while Tottenham lyricist Avelino’s deep tone, smart wordplay and intricate productions have garnered praise from the likes of DJ Semtex and Stormzy and Londoner Raye will captivate as she mixes glitchy electro and bouncy R&B rhythms with profound lyrics. 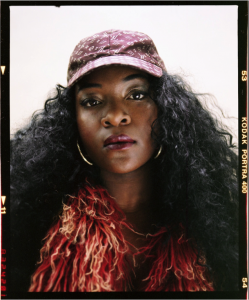 Up-and-coming Icelandic artist Sturla Atlas already has the backing of Justin Bieber and will bring his own version of US hip-hop interlaced with smooth RnB vocals to the festival, and Oscar Jerome mixes live instrumentation and production to create a fusion of jazz, hip-hop and afrobeat; influenced by the likes of Wes Montgomery and Gil Scott-Heron, his tracks are soulful and completely contemporary.

The Great Escape Event Manager Kevin Moore said; This year’s festival is shaping up to be the most exciting in the history of The Great Escape. We’ve worked very hard to get it right. Brighton will be buzzing with over 450 artists performing across 30 venues from noon to late and we’ve still got some surprises up our sleeves.

SxSW it is not. But you know what that’s the beauty of it- no mass commercialisation by big brands- Music as it should be.