The North – ‘Sound of the North’ artwork 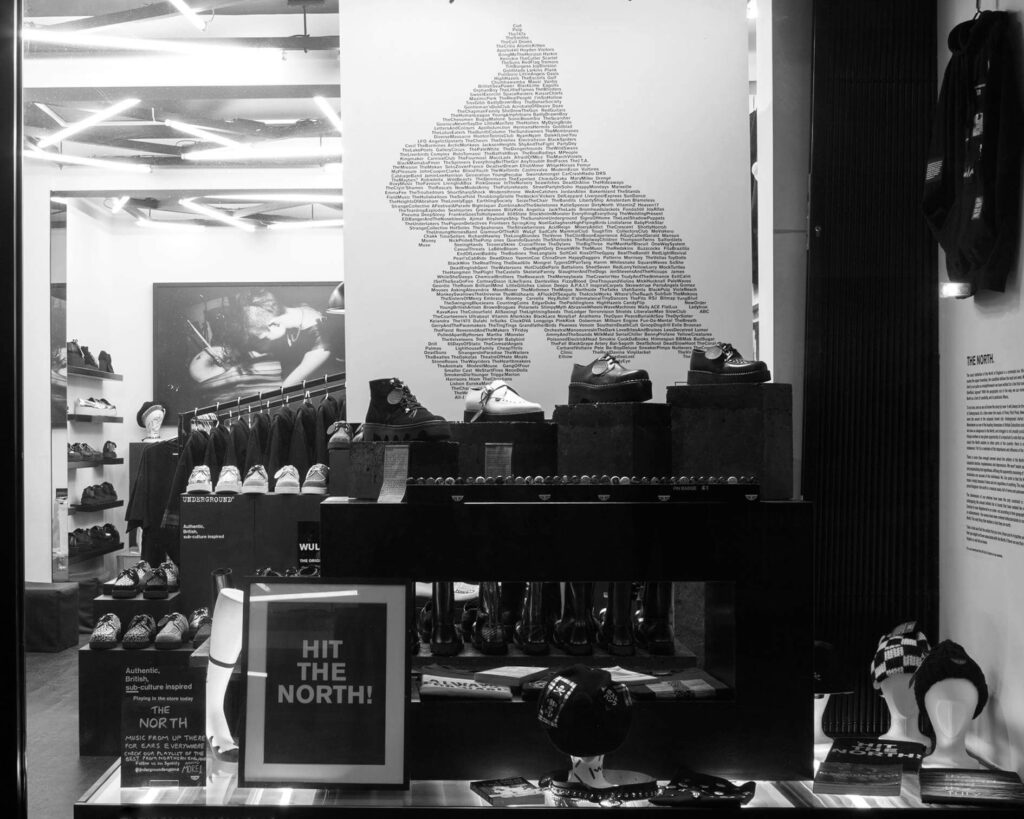 The exact definition of the north of England is a contested one. We know that Scotland marks the upper boundary; the coastline defines the east and west. Whereas the southern limit is not quite as straightforward- we have settled for a line that runs between Stoke and Sheffield. Agreed?

With the geography out of the way, we can move on to admiring the North as a font of creativity, and in particular: Music.

To be clear, and as you all know the story by now- it will always be the birthplace and pride of Underground. At a time when the music of Punk, Post Punk, New Romantic and Goth were the sound of the uniquely famed city- Underground started its journey in 1981 Manchester as one of the leading champions of British Subculture and music. So no doubt we have an allegiance to the North, and struggle to not proudly proclaim our fidelity to all things northern at any given opportunity. It is important to note that our window story is not about the North relative to other parts of the country- there is no comparing in this endeavour. Yet it is a reminder of the importance and influence of the region.

There is more than enough penned about the artistry of the North being the result of industrial decline, hopelessness and depravation. We won’t waste our breath patronising and perpetuating that hypothesis. Affixing the apparently reasoning of in spite of harmfully modulates any success of the individuals.

No. Our point is that the North produces great music- simply because it does and not regardless of anything. The match of any part of this proud kingdom- the north is a musical oasis, full of verve and unknown pleasures.

Our artwork, featuring around five hundred bands, young and old, will be on display until mid-October in our Berwick Street Soho store. Make sure to check it out.

If you are one of the bands featured, please drop us a line and say hello.