The Plasmatics: An orchestrated display of punkish heavy metal thrash, trash, and crash 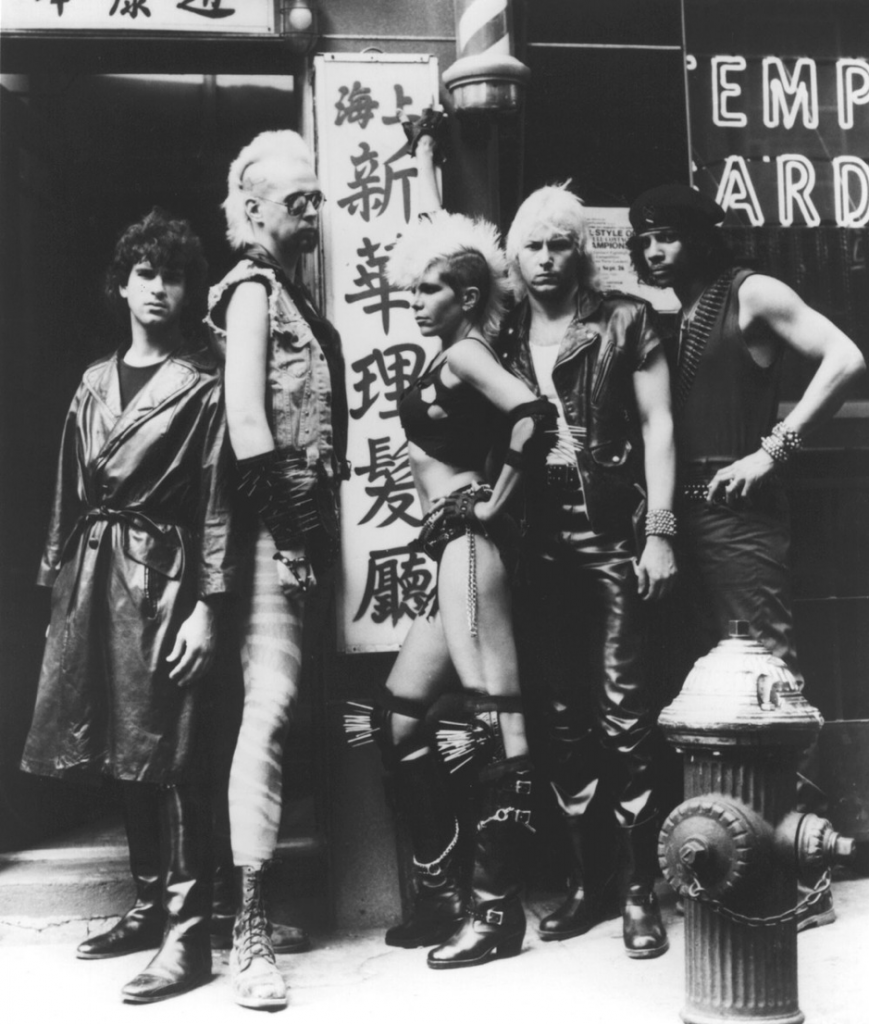 The 1978 creation of Rod Swenson and Wendy O. Williams, the Plasmatics are famed for their chaotic cocktail of punk, metal and theatre that defied most conventions in late seventies USA and continue to date to hack away at the edge convention through the 80’s.

Swenson had studied fine art at Yale where he had majored in conceptual art and neo-Dadaism. Self-dubbed as “Captain Kink”, Swenson was active in the NY arts scene producing live sex shows and collaborating with the Ramones and Patti Smith to produce their videos. He was looking to expand his repertoire and had taken out a classified ad in the Show Business Weekly (the long-established performing arts newspaper that was the notice board for Broadway and theatre in NY).

Wendy O had been raised on a farm in upstate New York and had run away from home at 16 hitchhiking to Colorado and apparently, earning money by crocheting string bikinis. From there she travelled around the US and Europe before returning to NY. In that time, she had tried her hand as a stripper, lifeguard, adult film, and server at Dunkin Donuts before performing in live sex shows in her adopted NY. She had compared her performance in adult film as being like Dunkin Donuts but without the hat. In the usual “chance of life”, Wendy O came across a copy of Show Business Weekly, opened on the appropriate page on the floor of a bus station. Following up the ad, Wendy O was soon enlisted and the two set out to recruit additional members. 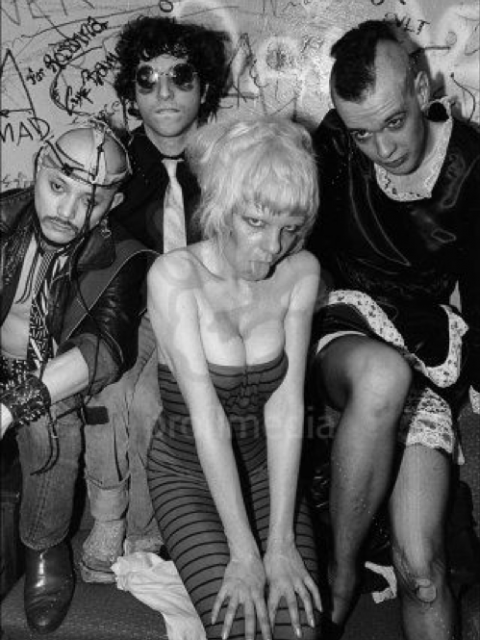 The first performance was at the legendary CBGB in July 1978 after which the couple, who were also lovers and soon to be married, became highly sought after on the NY circuit – stepping up to almost nightly performances and, in some cases, two shows per night. CBGB was their spiritual home like so many NY underground bands at the time, and their shows were sold out. They had outgrown the capacity of the venue and headed over to Irving Plaza. The Irving was an oddity, a ballroom that had been purchased by Polish American War Veterans, it was in its way an obvious “outside of convention” choice for the Plasmatics to play out their show. Their show at the Irving opened the way for the Ramones, Talking Heads and The B-52s to play the stage there along with many of the British punk bands heading to NY.

The Plasmatics show was an orchestrated display of thrash, trash and crash with chain sawing and sledgehammering of guitars, TVs and even a Cadillac on stage, simulated sex acts and provocative nudity, a wardrobe full of leather, tutu’s and nurses outfits and the reappearance  of the mohawk for a new generation. Their performance was art driven punkish heavy metal and they “didn’t want to do things that sold, [they] wanted to do things that were interesting, new territory.”

Making a name for themselves on the East Coast it was UK label Stiff Records that signed them up, not only because they could recognise the talent but also down to the US labels cowering away from the controversy that followed the band. With the Stiff records signing came the album in 1980 “New Hope for the Wretched”. 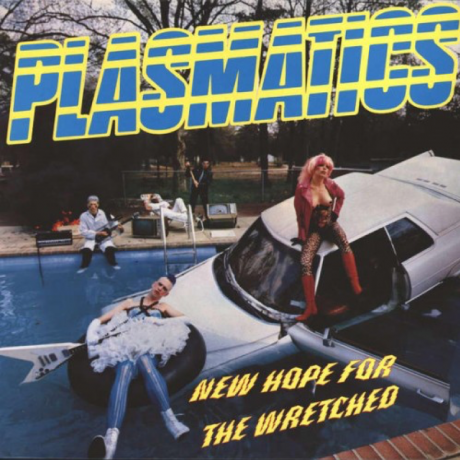 They headed to the UK for a tour, but the band’s show was cancelled on account of the fire officer objecting to the car being blown up on stage. Back to the US and their reputation grew from coast to coast. The desire to do damage with a car had not been satisfied. With the NYPD, fire department, bomb squad and the marine harbour patrol on guard, the Plasmatics were set to entertain them with explosive show on Pier 62. They had been promoting the show the previous few days across the city and the authorities had oddly been cooperating with them to let the show go ahead with, for what at the time seemed strict conditions. The plan was to perform at the end of pier 62 with a finale of Wendy O driving a Cadillac Coup de Ville packed with explosives into the stage, the stunt went ahead in a time when Health and Safety was an unknown and the car smashed into the stage and exploded and careered off into the Hudson River. Wendy O suffered a minor bruise and incredibly there were no other injuries. The video captures the energy of their shows and is a must watch. 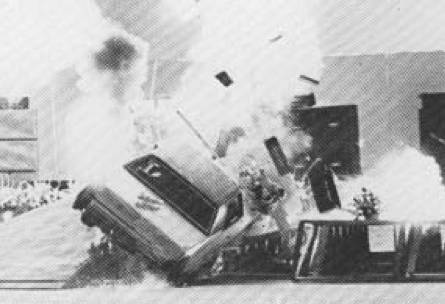 Their performance not only attracted huge audiences and sell-outs but also the attention of the law. A breakup of the shows was not uncommon and arrest of Wendy and other band members commonplace. Charges of obscenity, battery of a police officer or violation of some city or county law were hurled at the band and Wendy O, but time after time the charges were thrown out. In January 1981, Williams’ stage performance in Milwaukee resulted in her arrest on charges of indecency for “simulated masturbation with a sledgehammer in front of an audience”. She was thrown to the floor by the police and received 12 stitches together with Rod Swenson who was beaten unconscious when coming to her aid.

Williams said in a 1981 Rolling Stone interview, “We’re not out to pick fights. But then the essence of what we do is shaking up the middle class; I think if you don’t do that with your music, you’re just adding to the noise pollution.” 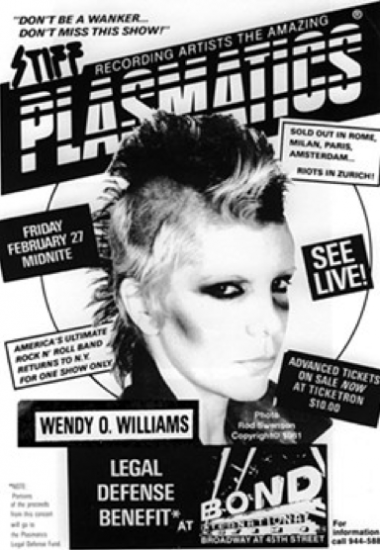 The second album was released in 1981 and titled Beyond the Valley of 1984. The tour was confusingly called “The 1984 World Tour”. The album cover featured Wendy O riding horseback in the Arizona desert together with the other band members in the style of the Four Horsemen of the Apocalypse. Later that year, the mini LP appropriately named “Metal Priestess” was released. 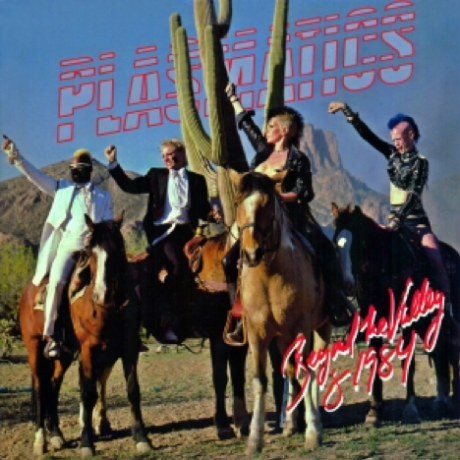 The final album Coup d’état was released in 1982 by which time the art of blending punk and metal had been perfected by the Plasmatics. The video that accompanied their celebrated single “The Damned” yet again involved a vehicle and explosives, this time a bus loaded with charges was driven at a wall of TV’s with Wendy O on top before she jumped free as the bus crashed through a second wall and exploding. The Queen of Shock Rock was worthy of her title.

Later that year there was a hook up with Motorhead. Wendy O and Lemmy performed a duet of “Stand by Your Man” as the A side while the B Side was a clever twist as Lemmy sang the Plasmatics’ “Masterplan” and Wendy O sang Motorhead’s “No Class”. 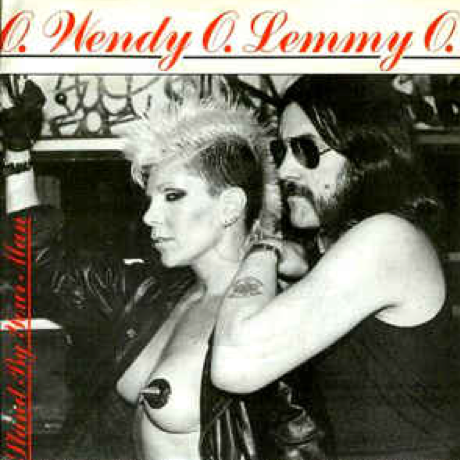 The Plasmatics were put on pause as Wendy O embarked on a solo career. With contractual issues preventing the use of the Plasmatics, Wendy O released her first solo album W.O.W.(after her initials), followed by Kommander of Kaos.

By 1987, the Plasmatics had reformed for their final album Maggots. Wendy O and Rod had always been heavily critical of mass consumerism and the accompanying destruction of the environment The album which is billed as the first “Thrash Meta l Opera” centres on the story of a group of scientists trying to eliminate trash and pollution in the rivers by developing a breed of maggot designed to eat the garbage. And then, when the trash is gone and its job is done, the maggot dies. But in a twist that surely sends a message for the world today the global warming and melting glaciers result in floods that carry the maggots into contact with land creatures. The genetically engineered maggots continue to eat and breed, growing larger with every cycle. The maggots are out of control and eventually wipe out humankind and their cities in a tale that has the finger of blame pointing at rampant consumerism. 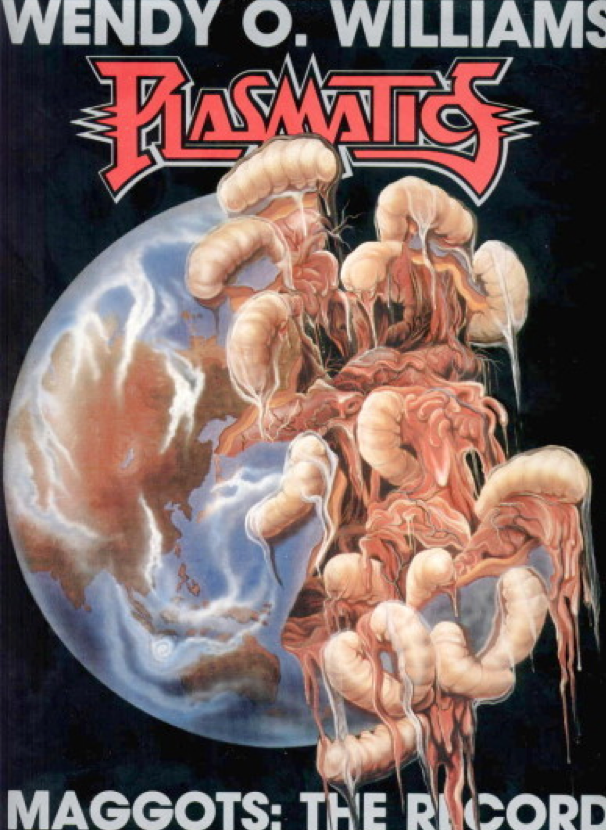 After that Wendy O went on to an acting career, appearing in the 1989 comedy “Pucker Up and Bark Like a Dog”, television series “The New Adventures of Beans Baxter” and “MacGyver”. Wendy O and Rod Swenson had married in 1978 and the marriage was only ended by her untimely death by her suicide in 1998. 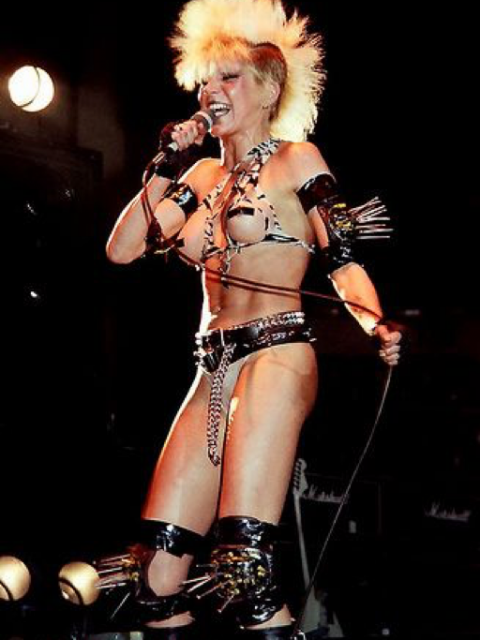 Listen to The Plasmatics on our Spotify playlist

Lilting between the eerie and the ethereal, White Flowers debut is an album for off-kilter dreaming and wandering at dusk. Following their stints as art

Which Soundwave artists play a Gibson or Epiphone guitar?

Gibson is one of the most famous guitar brands in the world – played by both rock legends and contemporary artists alike. Established in 1902,

Which bands and musicians wear the Underground steel cap boot?

(Photo: Neelam Khan Vela) With the first Underground Steel Caps dating back to the 1980s and their formal presentation as part of the Originals Collection