From the Underground Book Collection: The Roxy Our Story – The Club That Forged Punk in 100 Nights of Madness Mayhem and Misfortune 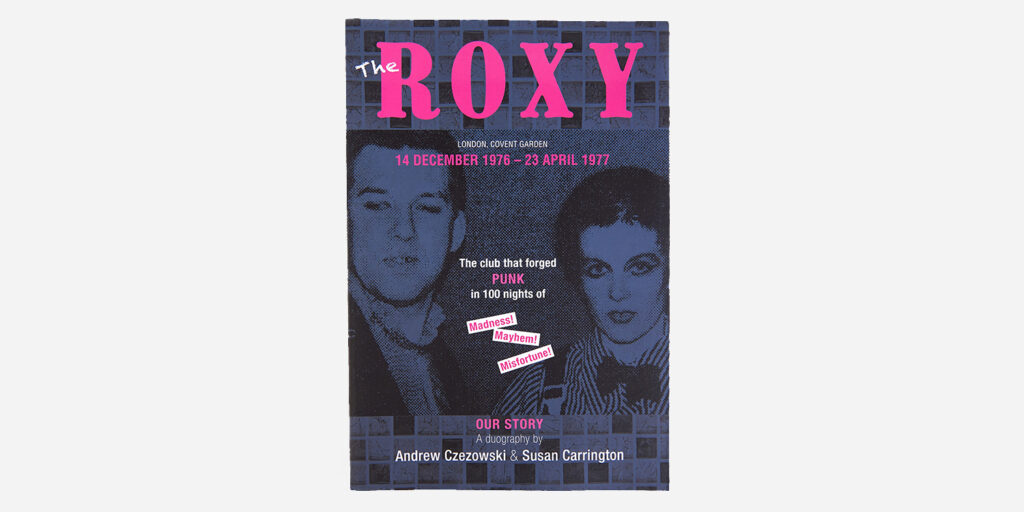 The Roxy Our Story: The Club That Forged Punk In 100 Nights Of Madness Mayhem And Misfortune

Underground is known for its associations with punk culture, often championing the venues which brought the genre to the masses. We have discussed Manchester’s The Hacienda before, and here we look at London’s once-beloved music venue, The Roxy. Written by Andrew Czezowski and Susan Carrington, The Roxy Our Story: The Club That Forged Punk in 100 Nights of Madness Mayhem and Misfortune discusses the highs and lows of life in the music scene. They were each avid listeners of punk and regular gig-goers, with Czezowski managing several successful bands of the period. The book gives an  insight into how, despite only being open for a brief time, it left its mark on music forever. 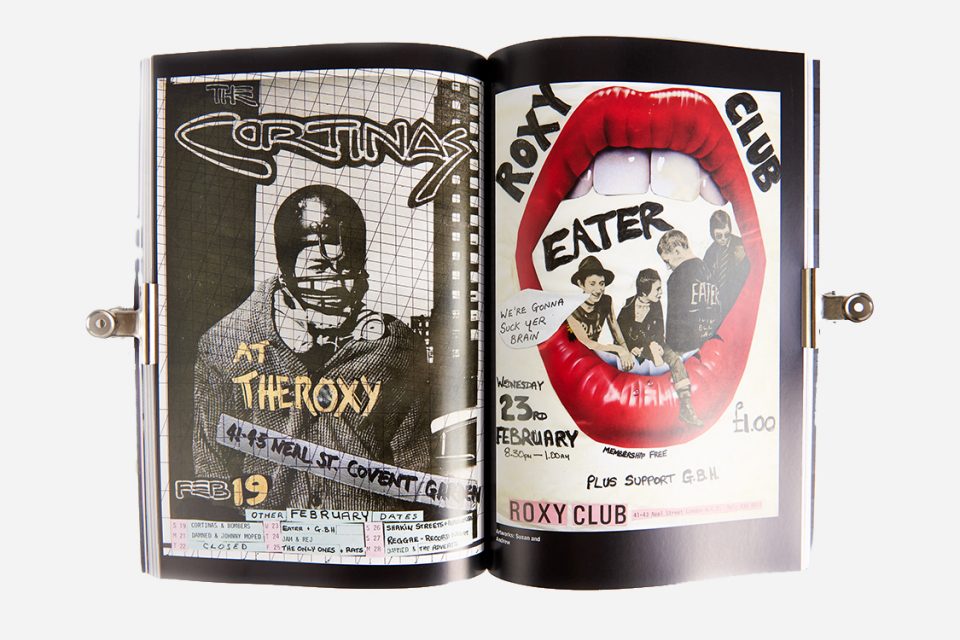 Widely described as the epicentre of punk, London drew misfits and mavericks together, acting firmly as a reaction to everything which had come before.. Originally bought under the venue name Chaguaramas – from a one-handed gay barrister to promote Czezowski’s band, Generation X – The Roxy became the venue of the time. Both punks and eccentrics of the period found their home in The Roxy, Covent Garden. Perhaps comparable to other successful venues, such as Liverpool’s Cavern Club and CBGB’s in New York, it wasn’t just bricks and mortar, it was the heart of the thriving scene.

Surviving just short of three months and built on their terms, Czezowski and Carrington’s club became the backdrop for rising bands such as Siouxsie Sioux & The Banshees, The Jam, and The Slits . The book is a culmination of anecdotes, flyers, photographs, each centred around almost diary entries. Together they bring the former cultural hub back to life with over 100 of these mementoes and quotes never seen before . The beginnings feature punk icons Vivienne Westwood and Malcolm McLaren, who with the efforts of others, brought The Roxy to life on 14 December 1977. The punk DIY aspect was apparent in every area of The Roxy, with the stage built by Czezowski, Tony James, Billy Idol and Barry Jones. 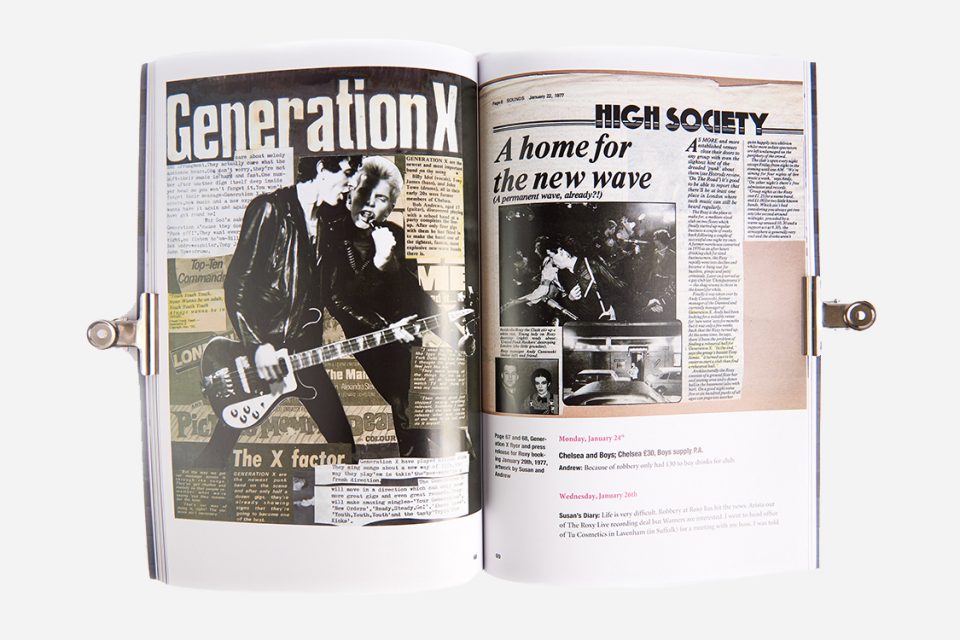 Despite boasting a hand in launching several high-flying artists, it wasn’t without its struggles. The book never shies away from bearing any details of calamity. The club had threats and takeover bids to overcome, as well as robberies in both January and February. Not only this but the owners had personal travesties to battle with, aside from those regarding the club. The last days of The Roxy were especially unfortunate, involving the suing, closures and banning of The Roxy. From Czezowski catching hepatitis from Sid Vicious to him being accidentally stabbed in the stomach due to an altercation between Ari Up and Sid Vicious, life was anything but boring.

Ultimately, the profits from The Roxy weren’t as bountiful as the talent it attracted. Punk may have eventually become a magnet for those wanting to create profits more than passion, the duo still fought to the end. Despite having had a benefit to raise much-needed funds on the 13 February 1977 – featuring The Heartbreakers, Eater, Chelsea and Siouxsie & The Banshees – it wasn’t enough with the previous robberies having depleted what cash there was. It all led to their eventual eviction in April 1977. The closing event was a gig on Saturday 23 April, with punk legends Siouxsie & The Banshees and The Violators performing. The owners may have been banned from attending the concluding event, but they still made a brief appearance against the landlord’s wishes. 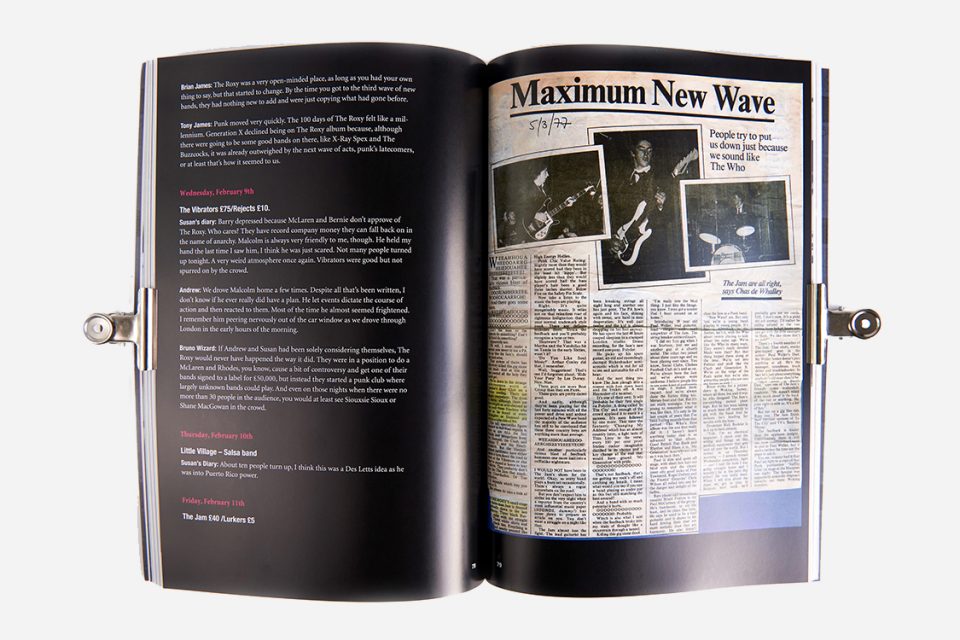 ‘Sod that, it’s the last night of The Roxy, banned or not we’re going’ – Susan Carrington

The Roxy’s successful, but short-lived time didn’t faze them and 4 years later they opened another iconic club, London’s The Fridge. It lasted two decades after The Roxy’s closure.

Overall, where this book is concerned, the devil is in the detail. What first appears as a myriad of cutouts and interviews, is an essential guide to directly pinpointing the changing tide of Britain’s music scene. The immediate accounts featured, creates a much-needed appreciation for the club. They were punters turned venue owners who had a passion for music and knew the experience they wanted to create. It’s the essential manual for both fans of punk music and punk history, as well as those who have fantasised about having a venue of their own- sure to become a well-loved favourite on many a bookshelf.

“For new bands like The Adverts, The Roxy was a life-saver. Had there not been a Roxy I doubt that there would have been any Adverts. – Brian James, guitarist of the Damned

Buy The Roxy Our Story: The Club That Forged Punk in 100 Nights of Madness Mayhem and Misfortune from our online bookstore