The Smiths: Ten songs to listen to for a trip down memory lane 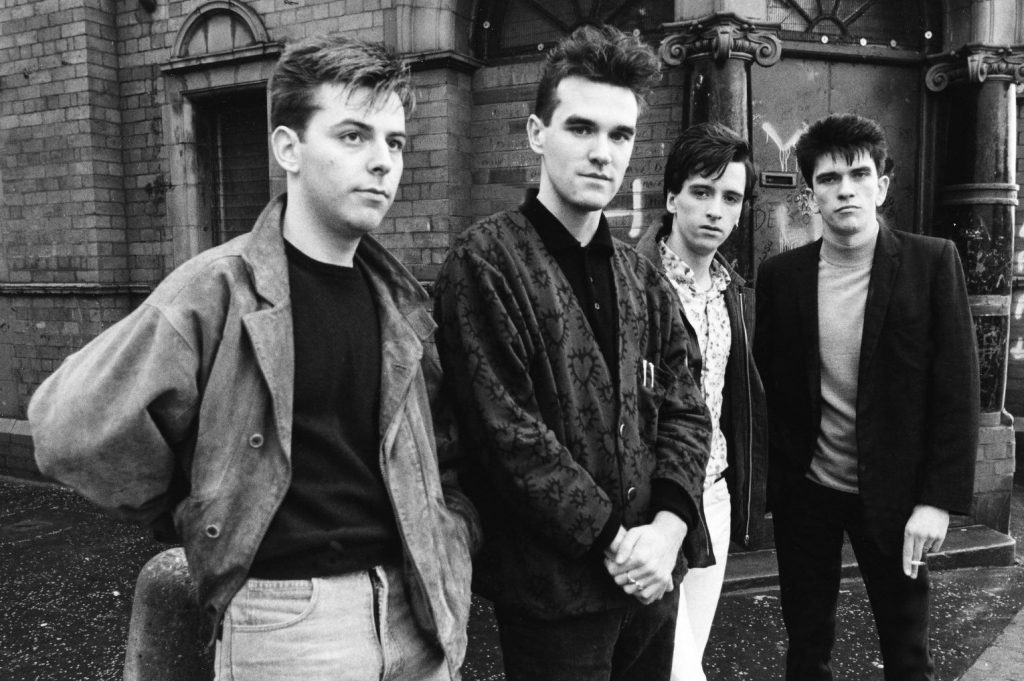 The short-lived yet famed British band The Smiths are loved by generations. Formed in Manchester in 1982, consisting of Morrissey, Johnny Marr, Andy Rourke and Mike Joyce, the alt-rock band has released four critically acclaimed albums in three years. Despite Morrissey’s constant need to spark controversy, The Smiths remained a key influence on many alt-rock bands that came after it.

We went through all the classics and selected ten of our favourite songs of The Smiths. We’re all trying to get back to our youth, so enjoy this trip down memory lane.

Ten songs by The Smiths for your essential listening

The song is about The Smiths being fed up with the constant attacks they received from the British press. It is their refusing to appease the blood-thirsty media. In the song, Morrissey compares himself to the heroine of France Joan of Arc who was accused of a series of crimes and got condemned in 1431.

This catchy song depicts the story of the protagonist getting into the car of a charming man (who flirts with his passengers) after having his bicycle punctured on the road. Morrissey told Undress in 1984 that the line “I would go out tonight, but I haven’t got a stitch to wear” was based on his personal experience: “For years and years I never had a job, or any money. Consequently, I never had any clothes whatsoever. I found that on those very rare occasions when I did get invited anywhere, I would constantly sit down and say, ‘Good heavens, I couldn’t possibly go to this place tonight because I don’t have any clothes, I don’t have any shoes.’ So, I’d miss out on all those foul parties. It was really quite a blessing in disguise.”

“Don’t try to wake me in the morning ‘cause I will be gone. Don’t feel bad for me. I want you to know deep in the cell of my heart, I will feel so glad to go.”

Perhaps the slowest and most depressing song of The Smiths, ‘Asleep’ is a song about self-demise. Still, the song does not convey pure destruction, but rather offers an end(ing) that is more or less hopeful – “There is another world. There is a better world. Well, there must be.”

As one of the most light-hearted and endearing The Smiths songs of all-time, ‘Ask’ sets to persuade shy kids to get out of their comfort zone and live up to their potential. “Coyness is nice. And coyness can stop you from saying all the things in life you’d like to.” Next time when you find yourself scared of trying, play this song and you may be able to muster up the courage to finally do it.

Known for cancelling shows at music venues that serve meat, Morrissey has made it clear that he is dead serious when it comes to fighting animal cruelty. Despite his controversial actions, ‘Meat is Murder’ carries a genuine message that has inspired many to abandon their omnivorous lifestyle. The fact that Morrissey still performs the song at his concerts these days (as well as playing video footages of animal abuse on stage) shows how much the song means to him.

Once again from their deliciously addictive compilation album Louder Than Bombs, ‘Half a Person’ perfectly describes the story of a teenage boy obsessing over a person. Anyone that is sixteen, clumsy, shy, morbid or pale can definitely relate to this song.

There is a Light that Never Goes Out

This is without a doubt the most well-known song of The Smiths. It has become a pop culture phenomenon after being featured in movies like 500 Days of Summer, and often being referenced in today’s ‘Doomer’ culture.

Some say the song glamorises about the idea of committing suicide – “To die by your side Is such a heavenly way to die” – some say it’s the perfect dose of romanticisation you need in your life (especially in the face of crippling depression). Regardless, Marr said in an interview with Select magazine that when The Smiths first played the song, he thought it was the best song he had heard all his life.

Straightforward and poignant. ‘Please, Please, Please, Let Me Get What I Want’ is simply a song that you can’t get out of your head. There are certainly times that one needs to wallow in self-pity as a mean to bounce back from it, and this is the perfect tune for it.

Despite its candied melody, ‘Heaven Knows I’m Miserable Now’ is heavily melancholic and drowned with sentiments. We are all walking contradictions, happy on the outside, but heaven knows we are miserable on the inside.

William, It Was Really Nothing

As the follow-up to the Top 10 hit ‘Heaven Knows I’m Miserable Now’, ‘William, It Was Really Nothing’ speaks the story of a ‘humdrum town’ and how a boy was being pressured into a marriage by a girl: “Would you like to marry me? And if you like, you can buy the ring.” A hilarious attempt of addressing the issue from the male point of view. Still, no one ever found out who “William” was based on.