The Story Of Subculture: NEW ROMANTICS 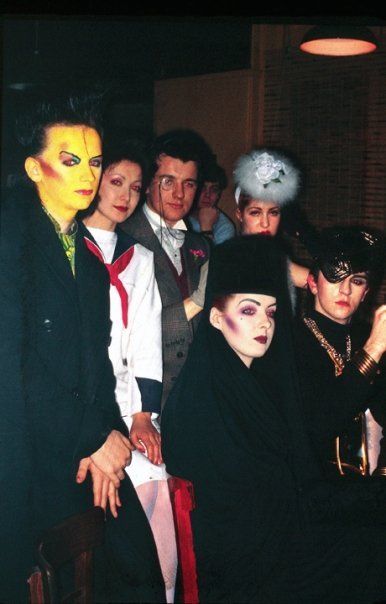 As punk imploded under the weight of its own anger and grit, the ‘passionate bright young things’ (See Aladdin Sane) of the UK needed a new and luminescent clan to counter the ennui of the three-day week and mounting youth unemployment. In swaggers the New Romantic, clad in a Regency Shirt, pirate boots with a face painted silver and hair defying any gravitational elements. Half-Beau Brummell Dandy and half-futuristic extra-terrestrial (more on the Starman later) New Romanticism mounted aesthetic exaggeration on the preceding subcultures of post-war Britain.

The kernel took the form of David Bowie’s infamous 1972 performance on Top of the Pops. Reptilian in a quilted jumpsuit and flaming red brush-cut hair, misfit pre-teens were overwhelmed by this celestial creature who sang right through the camera lens and into YOUR living room “I had to phone someone so I picked on you-oo-oo”, Bowie sings; his pointed finger a creative and sexual awakening for many. Too young to be at the epicentre of punk and dissuaded by its uniform of unvarying pins, rips and leather, a burgeoning group emerged, hell-bent on cavorting in the face of Thatcherite austerity.

Noticing a desire to dance, Rusty Egan and Steve Strange re-located their prospering Tuesday Bowie nights from Billy’s in Soho to the somewhat larger venue of the Blitz in Covent Garden, then a desolate part of Central London. The rise of New Romantic was interlaced with a surge in club culture as opposed to live music. Departing from the guitar reverberation of punk and post-punk, this new group of youth culture was concerned with blaring a rhythm and beat they could dance to; “they want Bowie, they want the Banshees, they want Roxy Music, they want Kraftwerk!” proclaims Blitz DJ Rusty Egan in ‘Blitzed’, a recent documentary about the notorious Covent Garden spot. So synonymous with the club located at Number 4 Great Queen Street, the burgeoning group were quickly tagged the “Blitz Kids”, with many preferring this categorisation to the later and more commercialised label of the “New Romantics.”

The Blitz itself was decked out with 1930s propaganda posters and tacky, war-time props, perhaps a comment on London’s – and the UK’s – motionlessness: bomb-sites were still a permanent blight on the cityscape; the outlook was bleak and grey. Inside the Blitz, it was a different story entirely, with a magpie-like disposition for brightness and bedazzlement, these art school urchins elevated the act of peacocking to an art of endurance. Post-war monochrome was colourised to dizzying effects. “The kids make the effort to dress up” stated Steve Strange, Blitz’s co-founder and harsh doorman, “they don’t take half an hour, they take more or less 3 or 4 hours. They like to feel when they’re inside that door they can feel safe; if they don’t feel safe then it is not their club.” Getting through the aforementioned door was no minor matter, Steve Strange presided menacingly over the threshold, as anxious teenagers trussed up in their experimental finery hoped that their Tudor ruff, straw boater, kimono, metallic ballgown or purple blusher (or often, a combination of all five) would afford them the much-coveted entrance to a flamboyant Tuesday night.

New Romanticism was a subculture in which individuals were not only cultivating an art form but cultivating a personality; as summarised by Gary Kemp of Spandau Ballet: “no one was interested in watching a band because they were too busy watching themselves.” Tuesday nights were a fantasy, where insults gained outside of the club were remedied by approval and competition inside, “it was like walking on a gangplank” remembered Stephen Jones, who went on to become one of the most innovative milliners of the century, “you were judged and this was by your friends!”

Perhaps this potential pretentiousness is why the New Romantics are sometimes snubbed within subcultural history; dismissed with accounts of frippery and fallacy. Visually overwhelming, this was a subculture where fashion certainly prospered before the accompanying art, yet New Romanticism is more than the surface value of painted skin and playing dress up, here, the frivolity itself was a form of resistance. At the Blitz, same sex couples presided over the dance floor and gender fluidity was the norm. Here, Boy George pilfered the treasures within coat pockets (surely the worst yet most charismatic cloak-room attendant in history), Marilyn pouted, Princess Julia modelled and skint students would wax lyrical about becoming the next big thing (many of them did – a slew of successful journalists, designers and musicians all cut their teeth at the Blitz.)

The goal was pure, unbridled enjoyment (as well as looking supreme.) Blitz Kids would soak up contemporary influences via osmosis; cinema and music had immediate effects on dress, meaning that the New Romantics were never conformist or stagnant. The golden thread running through all the transformations: Bowie. The lyrics to ‘Rebel Rebel’ may as well be an instructional manual for the new, New Romantic, “not sure if you’re a boy or a girl”, “we like dancing and we look divine!” As noted in ‘The Bag I’m In’, Sam Knee’s directory of subcultures, Bowie “is the crucial ancestral link between the sartorial experimentations of the flamboyant Soul Boy scene, the first wave punks, the post punk Germanic industrialists, the New Romantic futurists and the gaunt, gory goths.” Mick Jagger may have been famously turned away from the doors of Blitz by Steven Strange, but Bowie was welcomed like a deity. During his visit to the Blitz, Bowie handpicked some awe-struck Blitz Kids to star in his 1980 music video for ‘Ashes to Ashes’, a video which, at the time, was the most expensive music video ever made and heralded the rise of musical visualisers, confirming the New Romantic creed that the vision was just as important as the sound.

Spandau Ballet’s first ever gig – at Blitz of course – led to an immediate record contract, a mass of publicity for the power pop band and an appearance on Top of the Pops. By this point, New Romanticism was sweeping the country, with many spin-off clubs following in Blitz’s bejewelled footsteps, the Birmingham ‘Blitz’ stronghold spouting the commercial ambitions of bands such as Duran Duran. Punters would now queue for entry in Blitz – or later at Strange and Egan’s larger ventures of ‘Club for Heroes’ and the Camden Palace – masquerading in their Auntie’s lace gloves to see what the subcultural fuss was about. Clothing once bravely outlandish was now diminished to high-street mass-production, as exemplified by Princess Diana and the Sloane’s adoption of the pie-crust blouse, a diluted descendent of the New Romantic’s affinity for period shirts and flounced collars.

As noted by writer Dylan Jones, “disco was as important as punk in the formation of this scene”, as was the influence of German electronic outfit Kraftwerk, their inspiration can be traced in the synth sounds of Soft Cell, OMD and Steve Strange’s own musical venture – Visage. By the early 1980s, New Romanticism was no longer new, the Blitz Kids who weren’t submerged in heroin and the amphetamines “that kept them talking about themselves all night”, were spearheading the (second) British invasion of America. Ultravox, Eurythmics, Culture Club, The Human League, Depeche Mode and many more were achieving stardom on both sides of the Atlantic, all heavily featured on MTV and the new publications such as The Face and i-D.

The Blitz scene may have dissipated, the narrative arc of 1980s subculture itself ended in 1985 with Live Aid and the over-commercialisation of synth-pop extravagance, but New Romanticism was responsible for more than being the catalyst for Club Culture (which itself peaked in the 1990s.) The New Romantics were gender-fluid before there was a term for the word. Unashamedly androgynous; sexuality, class and gender were attributes to be played with and warped.

Ready to Blitz the clubs? Select from our New Romantic products on the online store: 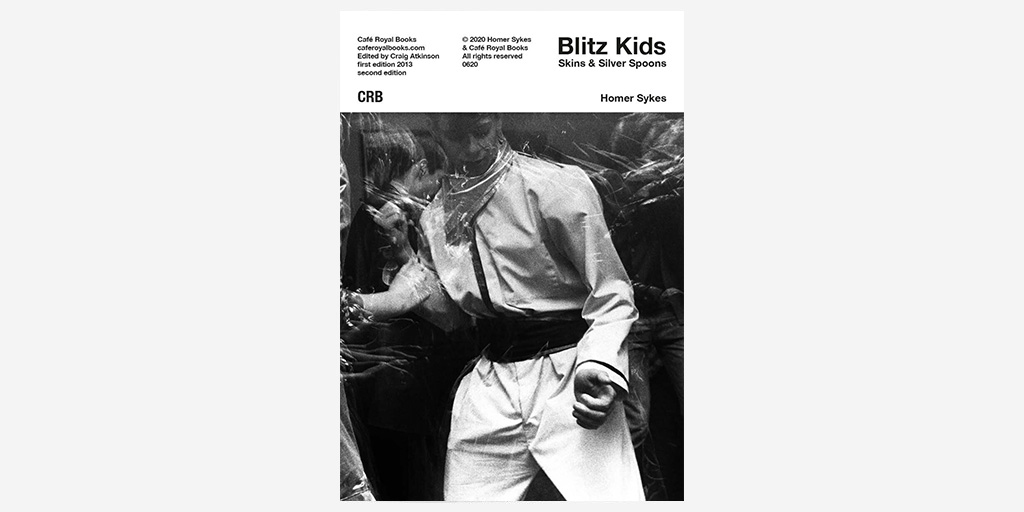 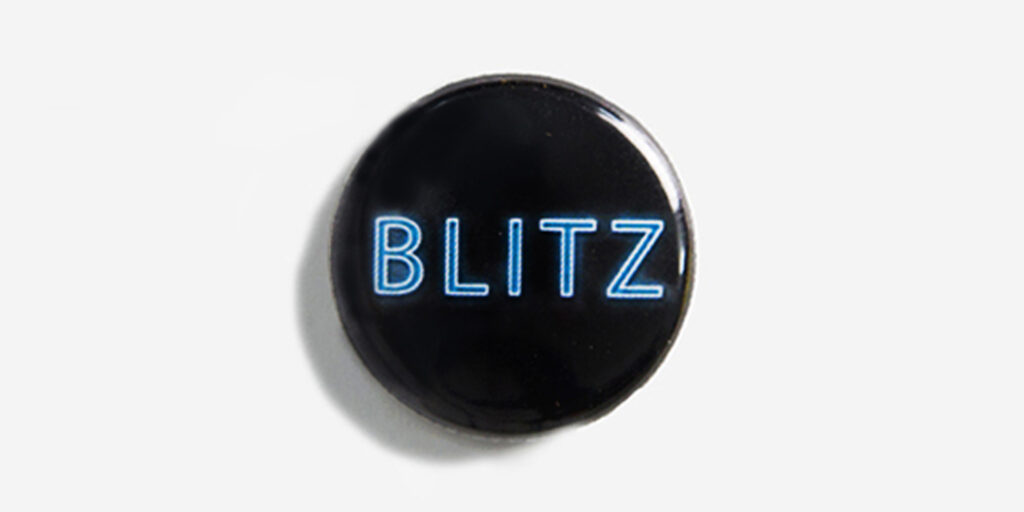 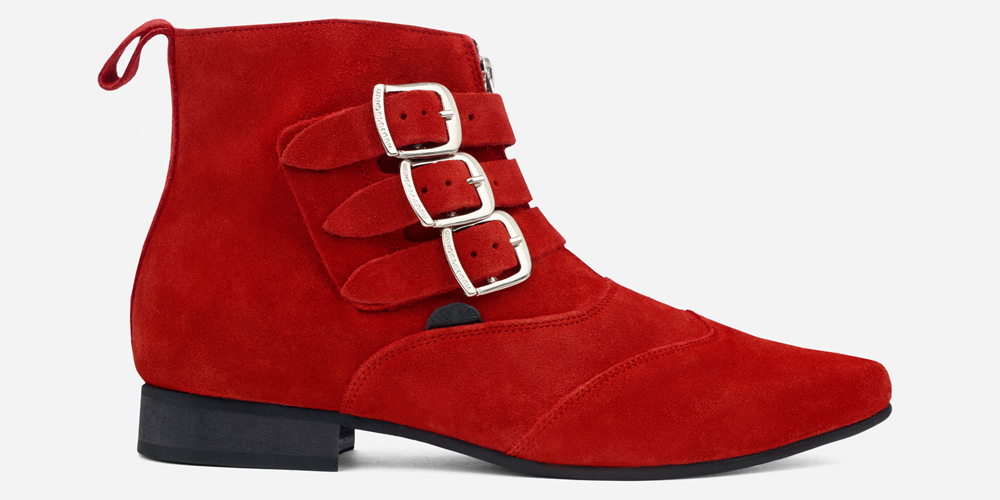