The Story of Subculture: NORTHERN SOUL 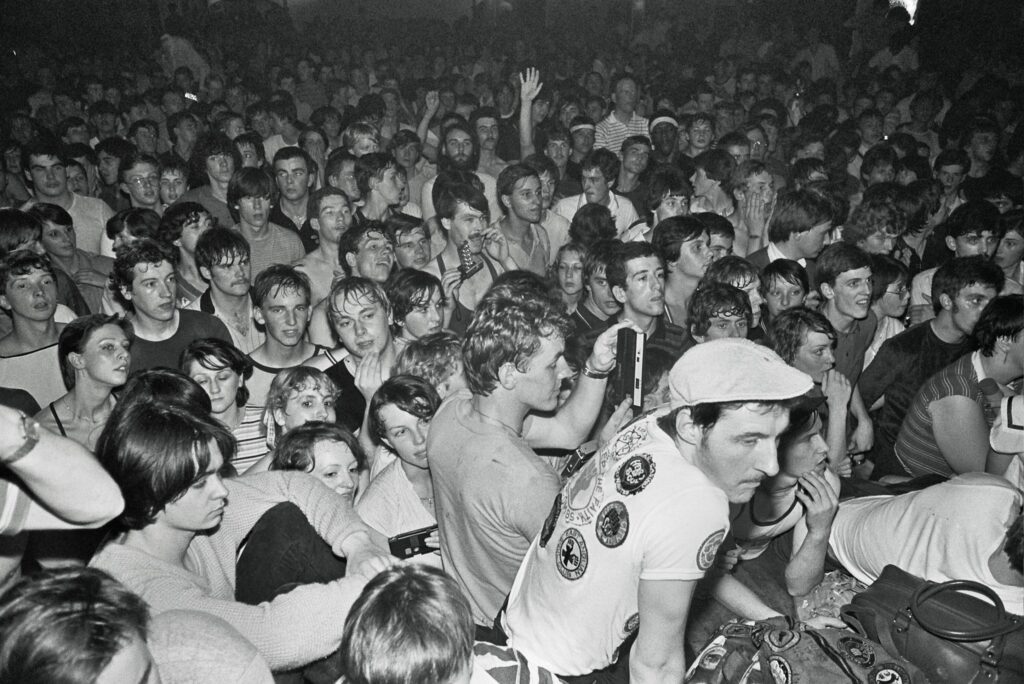 Northern Soul – was a youth movement about precisely that – MOVEMENT. Clapping, spinning, kicking, stomping, jumping, shuffling, sweating: Northern Soul operated as an irrepressible motion to a persistent beat. Functioning at over 100 beats per minute: keep on moving; don’t stop or you’ll drop. This is a subculture where the music, and the ebullient reactions the music catalysed, came first. Style and lifestyle came second. Here, disposition didn’t matter if you could dance.

An antidote to the industrial wastelands and harsh, manual labour of Northern Britain, Northern Soul emerged as a beacon of escapism and aspiration. A fist held aloft “Keep the Faith” became the symbol of the Northern Soul scene, the slogan and defiant hand a commonplace fixture on the Northern Soul regalia of patches and pin badges. In terms of UK subcultural origins, Northern Soul can be traced to the early Mod – or Modernist – culture which was beginning to proliferate in London in the early 1960’s. Creating an alternative to oppressive Working Men’s Clubs or prim Dance Halls, new nightclubs in Soho became the breeding ground for an interest in obscure records, spanning from State-side jazz to Blue Beat to R&B. New sounds were emerging from the other side of the Atlantic and proliferating amongst youth culture. Motown Records, a Detroit-based label, was at the vanguard of this emerging genre of music, characterised by a steady, four-beat tempo, candid vocal deliveries, gospel melodies and a propensity for horns. Though rife in America, Motown struggled initially to gain traction in the UK and instead seeped through cultural crevices via Pirate Radio and the geographical crawl of Mod culture in the country. Small, clandestine venues outside of the capital were propagating what was to become Northern Soul.

By the mid 1960s, the first wave of Modernists was waning and psychedelia and flower power was gripping the South of England. But – ‘it’s grim oop Norf’ – hippie folk-rock had no grip over the desolate mining towns. In America, the musical landscape was already altering rapidly with the radicalised, racial politics of the time; race riots ensued, Martin Luther King was assassinated and the optimism of Motown was shed for a slower, darker, funk standard and progressive lyricism. However, young folk in the North, weighed down with strikes and industrial decline, eschewed Southern psychedelic softness and American funk, holding steadfast to the uptown beat which provided an ideal velocity for dancing. Now, soul devotees had to revert to the past for the rock beat and jazz chords that typified the sacred grail of Motown. 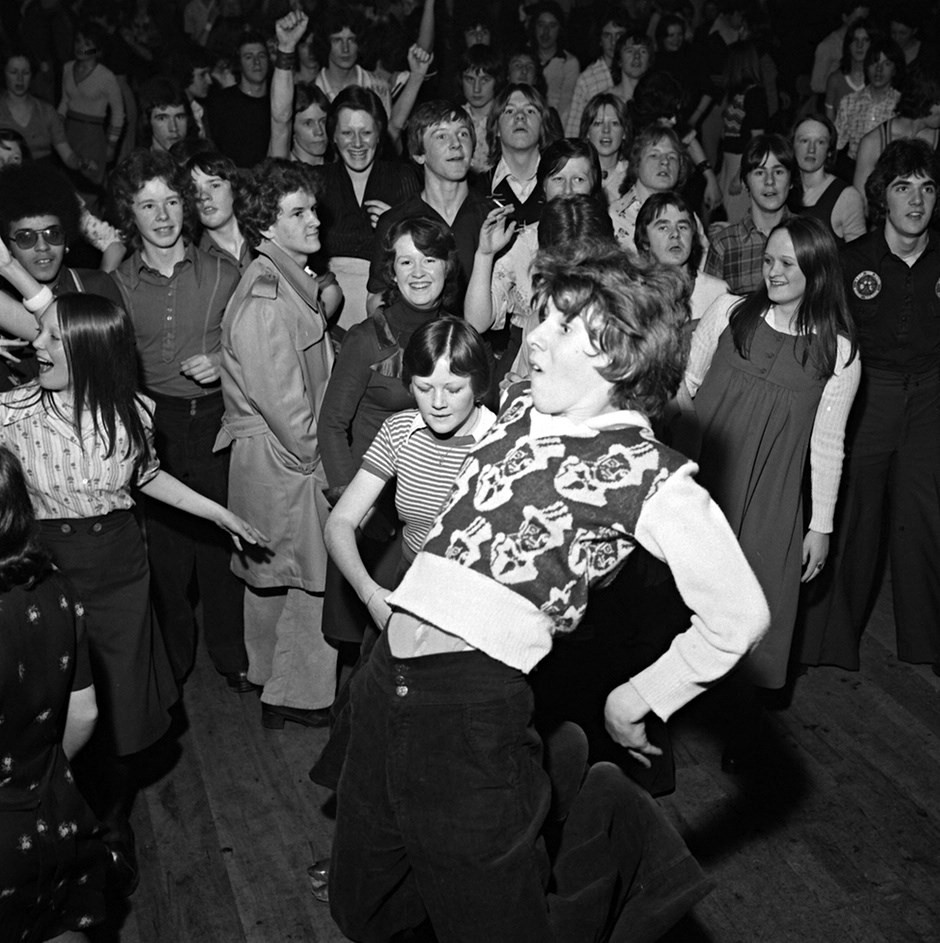 On noticing that Northern football fans in London were coming into his shop to buy records, Dave Godin christened the scene in 1968; “I devised the name as a shorthand sales term. It was just to say, ‘If you’ve got customers from the North, don’t waste time playing them records in the U.S. black chart; just play them what they like – ‘Northern Soul’.” By the same year, soul fans were making the pilgrimage from all over to attend all-nighters at venues such as Manchester’s Twisted Wheel, one of the earlier venues which facilitated the, soon to be renowned, nocturnal feats of endurance. Strict licensing policies didn’t allow alcohol, but drugs were the key vice of the scene, with soul fans allegedly breaking into chemists on their way to all-nighters to then sell pills. To maintain the skill and stamina required to triumph at a Northern Soul night, attendees were aided by amphetamines. Under their influence, everything moved faster still, tempos sped up; soul stomping became more frenzied, as did the desire for Northern Soul.

Drug Squads may have started closing in on the original venues, but new sites of soul were springing up. Once a powerhouse of coal, it was in the declining town of Wigan where Northern Soul truly sprouted. Boasting a larger capacity than many of the preceding venues, with an all-important wooden floor, The Wigan Casino became the epicentre of the scene when soul all-nighters were initiated there in 1973, running from 2am until 8am and costing 75 pence. The Blackpool Mecca was also a notable venue, with DJ Ian Levine bringing back cardboard boxes of obscure records from Miami, setting the precedent for overseas quests to unearth rare 7-inch singles. B-sides, bootlegs and demos became hallowed objects, tools which could be traded or harnessed to gain social mobility at Wigan Casino’s record bar.

Sweat dripped off the ceiling, smoke swirled in haloes above clammy heads as hundreds, thousands cavorted their cares away to the beat of vinyl plucked from the obscurity of dusty charity shops. Though initially sartorially inspired by the fashions of the latter-day Mods and Suedeheads – in Levi jeans and brogues – Soul kids developed their own attire with the priority of accommodating daring dance moves and prolonged mobility. High waists excessively flared into circle skirts or Oxford Bags with an enormous hem circumference (Bags were originally loose-fitting, baggy trousers adopted by Oxford undergraduates in the mid-1920s.) Shoes were polished, and preferably leather-soled to maximise sliding and dainty footwork. Tank tops and knitted sweater vests were the garb for hours of amphetamine-fuelled dancing, later donning a dagger-collared jacket or leather macs when sweaty Soul souls would emerge in the cold morning. Pride was worn as a badge or patch, embroidered logos and stamped sentences displaying Soul Club allegiances and memberships. Here, boys could shed facades of reservation and cool indifference and express themselves; liberated to high kick with the best of em’.

What was once out of step (and Northern Soul was all about stepping) with the rest of the country, the underground isolation of Northern Soul was gaining outside exposure. Old records were being re-released and even entered the charts; a case in point being ‘Hey Girl Don’t Bother Me’ by The Tams. Released in 1964, the track became a UK number one in 1971, the song even appeared on eight separate occasions on Top of the Pops, seven years after its initial release. New bands were also springing up, shoddily attempting to tap into Northern Soul. Wigan’s Ovation, a blue-eyed soul band, covered a 1964 soul song (originally by The Beach Girls) in 1975, much to the chagrin of Northern Soul purists. This performance was something of a watershed moment for a scene that had previously been defined by furtive dances. Posturing on Top of the Pops with Northern Soul badges, Wigan’s Ovation’s performance enraged Soul enthusiasts. Soon after the release of the record, attendance at Wigan Casino swelled to the point where the venue could no longer accept new members.

As with all subcultures, once the scene infiltrates mainstream culture and gathers popular momentum, its exclusivity and appeal will inevitably diminish. However, Northern Soul DJs were facing a more pressing predicament; all the records from the mid-60s, the golden age of Northern Soul, had already been pilfered: there was no new music because, of course, Northern Soul had no interest in NEW music. Venues had no choice but to be less precise in their all-important DJ sets and by the end of the 1970s the focus on rarity had curtailed. In the South, especially in London, Soul Boys were the fledgling counterpart to Northern Soul – unlike their Northern cousins, these slicked kids listened to contemporary jazz, funk and New York disco. Weakened by its own fondness for nostalgia, the golden glory of Northern Soul ebbed with the closure of the Wigan Casino, its final all-nighter in 1981 prompting hysterical tears and heart-break for all in attendance.

‘Keep the Faith’ emblems may have visually dwindled by the change in the decade, but the message lingered. Originally released in that golden year of 1964 by Gloria Jones, ‘Tainted Love’ a song adored at Northern Soul all-nighters, was covered by synth-pop duo Soft Cell in 1981 and became the best-selling single of that year in the UK. In recent years, the garb of the Wigan Casino has been re-calibrated in contemporary fashion, as detailed in this show studio essay of last year. But the true spirit of Northern Soul is tied to the dance floor, and Northern Soul nights have prevailed not only in the UK, but have spread as far as Japan, where the original ethos of abandonment and euphoria is evident. “During the week I’m a salary man. I work long hours” said Izumi Sawamoto in an interview with The Independent in 2018, “Collecting, playing and listening to music like this a huge sense of release for me.” Keep the faith; the purity and authenticity of Northern Soul persists to this day. 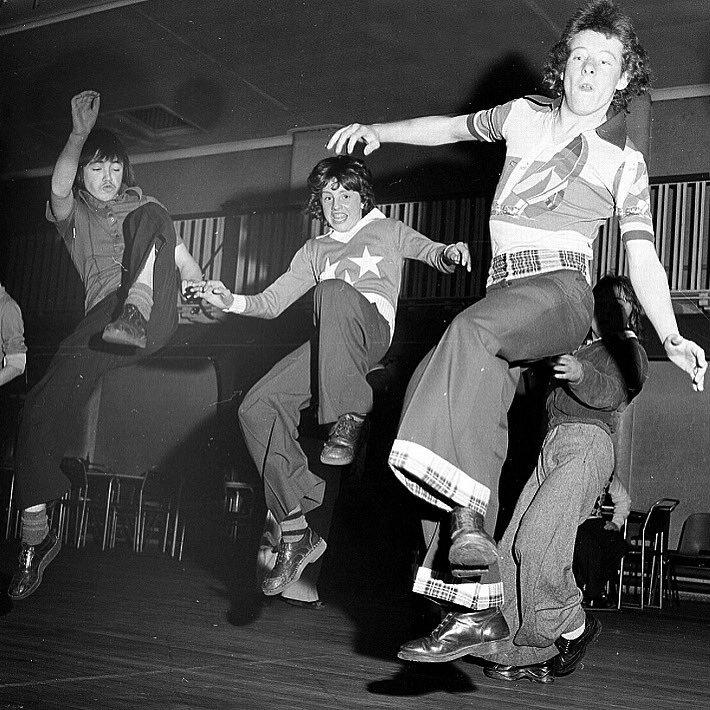 Ready to hit the floor? Buy our Northern Soul inspired products from our store: 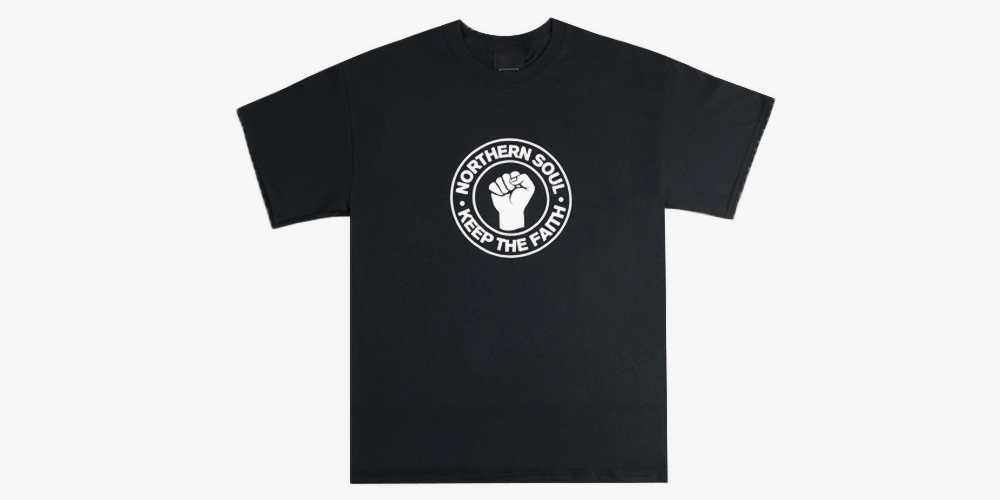 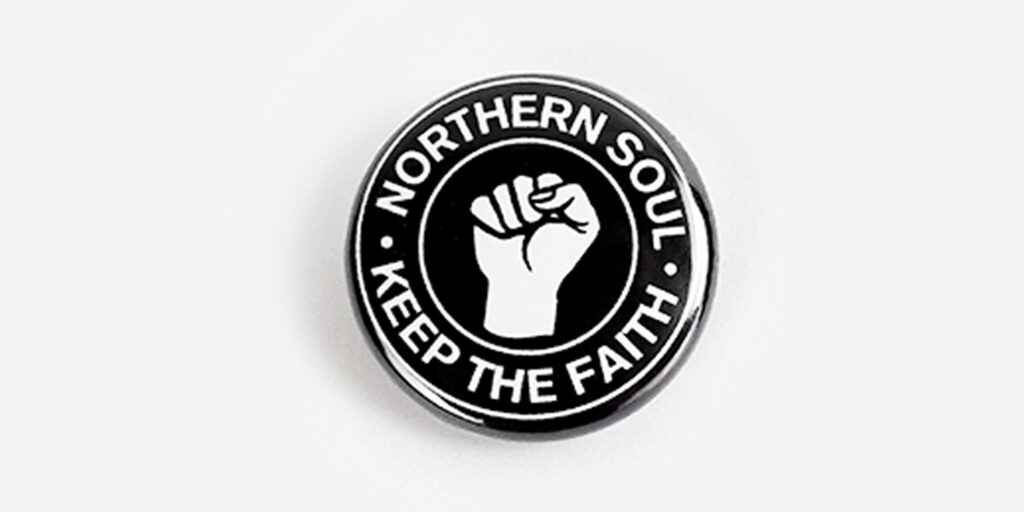 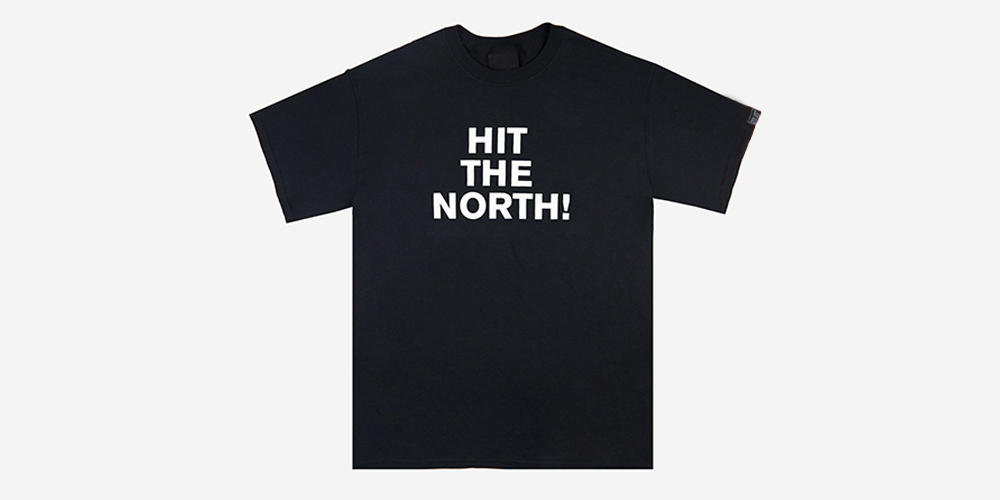