Underground Then and Now 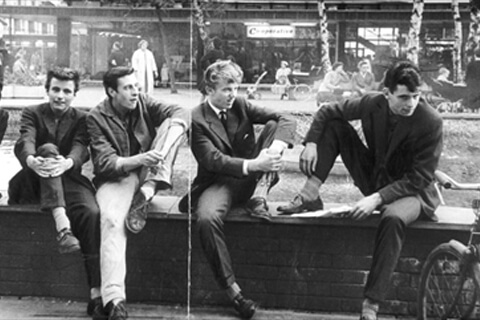 WHAT IS UNDERGROUND– How the meaning of Underground changes but always stays the same.

As part of our 40 years anniversary we take a look at the meaning of the underground universe and subcultures and how they have changed, or not, over the years.

What is Underground? What is THE underground? The etymology of the word is itself subterranean; the origin of the term being notoriously unclear and clandestine.

Early usage of ‘Underground’ denotes secret routes and safe houses. The Underground Railroad, a network which dates back as early as the 19th Century, spanning from North America to Mexico and The Caribbean, provided geographical freedom for the shackled and enslaved. The countless Underground Resistance Movements of the past have followed in this vein; fighting for reform and change throughout history. Underground Resistance is firmly pinned to those who opposed brutal authority in World War II, with organisations furtively acting against the dictatorships they were occupied by.

Following World War 2 the term ‘underground’ splintered; remaining bound to rebelliously resisting the norm and providing secluded solace, yet this battle now, additionally, concerned culture. Taking influence from existentialist poets who had been members of the French Underground Resistance – such as Camus and Satre – the Beat Generation of Post-War America rejected literary narrative values (in their unrestrained work) and linear lifestyles (in their equally unrestrained behaviour.) Amidst the Vietnam War, a revitalised, second Underground Railroad emerged, this time, providing safe passage for draft resisters, conscientious objectors and AWOL soldiers who could flee to the neutral ground of Canada.

The Beats gave way to Beatniks and an increasingly hippy-styled disposition. Resistance to war and a plight of peaceful protest played out amongst disenfranchised juveniles. Duffle-coated youths interested in skiffle and jazz morphed into Afghan-coated youths interested in avant-garde bohemianism, LSD, and the burgeoning scene of psychedelic music. The underground bloomed in The Summer of Love; underground publications were rampant; the UK’s countercultural press was countlessly threatened with moral conspiracy charges for publishing attacks on the police or advocating homosexuality. Now, the underground was so in danger of spilling over that a smaller manifestation of 1960’s counter-culture emerged and was dubbed the “Overground.”

“Cooperation over competition, expression over success, communalism over individualism, being over doing, making art over making money and autonomy over obedience”, as surmised in 1971 by sociologist Richard Flacks, the underground is a place for unabashed strangeness and imagination amongst kindred spirits. Still a definition of secret routes and safe houses; these underground sanctuaries took shape as clandestine club nights, enigmatic art installations and chaotic gigs. Experimental clothing was an armour, music was a battle cry; anarchic chords a weapon with which to challenge the status quo.

Brash imagery of shaven skulls, cavalries of mopeds or leather fetish-wear may appear tough and threatening, but the underground is a fragile phenomenon. Also, delicate is its ideology; underground subcultures, such as Punk and Skinheads, originally associated with ethnic communities were usurped by racists and neo-fascists. 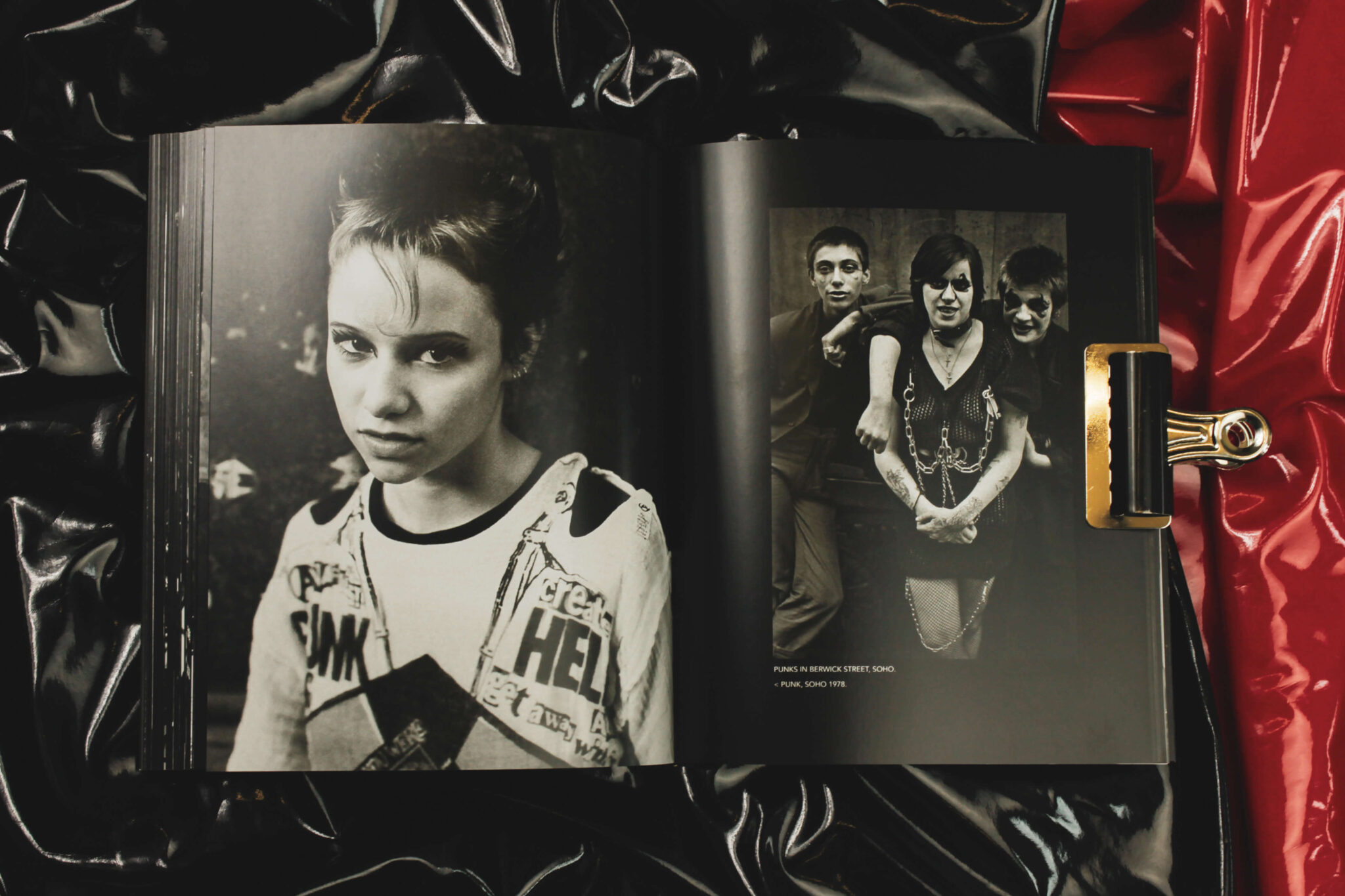 The disclosure of its existence simultaneously signals the underground’s demise: exposure from underground origins capitulates to mass-consumption and capitalism. Even in that heady, abundant rush of subculture from the 1950’s-1980’s, underground groups were always fluctuating and ever-fleeting. Creation and destruction went together, the underground being the veneer for ephemeral, subcultural happenings.

A conundrum: the impossible task of defining something so effervescent has perplexed academics for decades. Dismissed as mere “juvenile delinquency” in the 1920’s, Dick Hebdige’s bible of subculture ‘The Meaning of Style’, published in 1979, presented the underground as noise, a “temporary blockage in the system of representation” illustrated through style, adopting “bricolage” to imply ‘cut up’ visual elements and social signifiers from different eras. Recently, theorisation of the underground underdog has been abounded in pursuit of a new vocabulary. Contemporary studies propose a vague definition of marginalised networks; that post-subcultural groups are recalibrating as ‘scenes’; allowing porous boundaries for shared values. Andy Bennett’s concept of ‘neo-tribalism’ acknowledges the “shifting nature of youth’s musical and style preferences” in groups “that gather intermittently, primarily to have a good time.”

Yet, what is the use in this theorising at arms-length? Something below-ground cannot be mapped from above. An archeology of the underground threatens to destroy it – Malcolm McLaren once said that “history is for pissing on.” How do you define something which is hidden? Ever elusive, attempts to grapple with the underground (including this very piece of writing) are magnificently futile. Somewhere in that intangible frequency between absence and presence, the underground resides.

We’ve strenuously attempted to pin down where the underground began, a space somewhere between the material and metaphysical. To define, to pinpoint, to identify the underground NOW, may prove an even greater challenge, precisely when many attest to the underground’s demise. Is the underground now endangered, extinct? 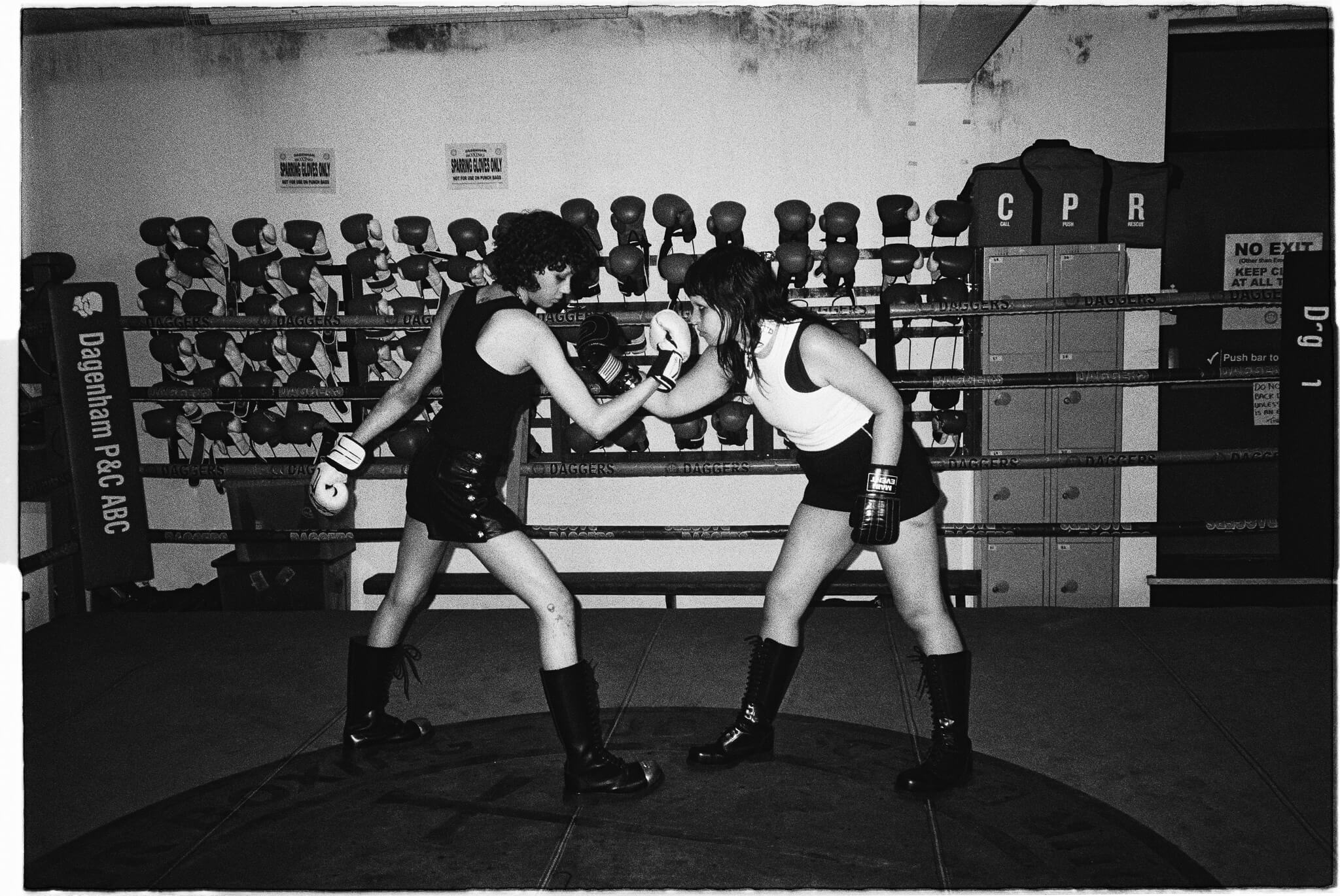 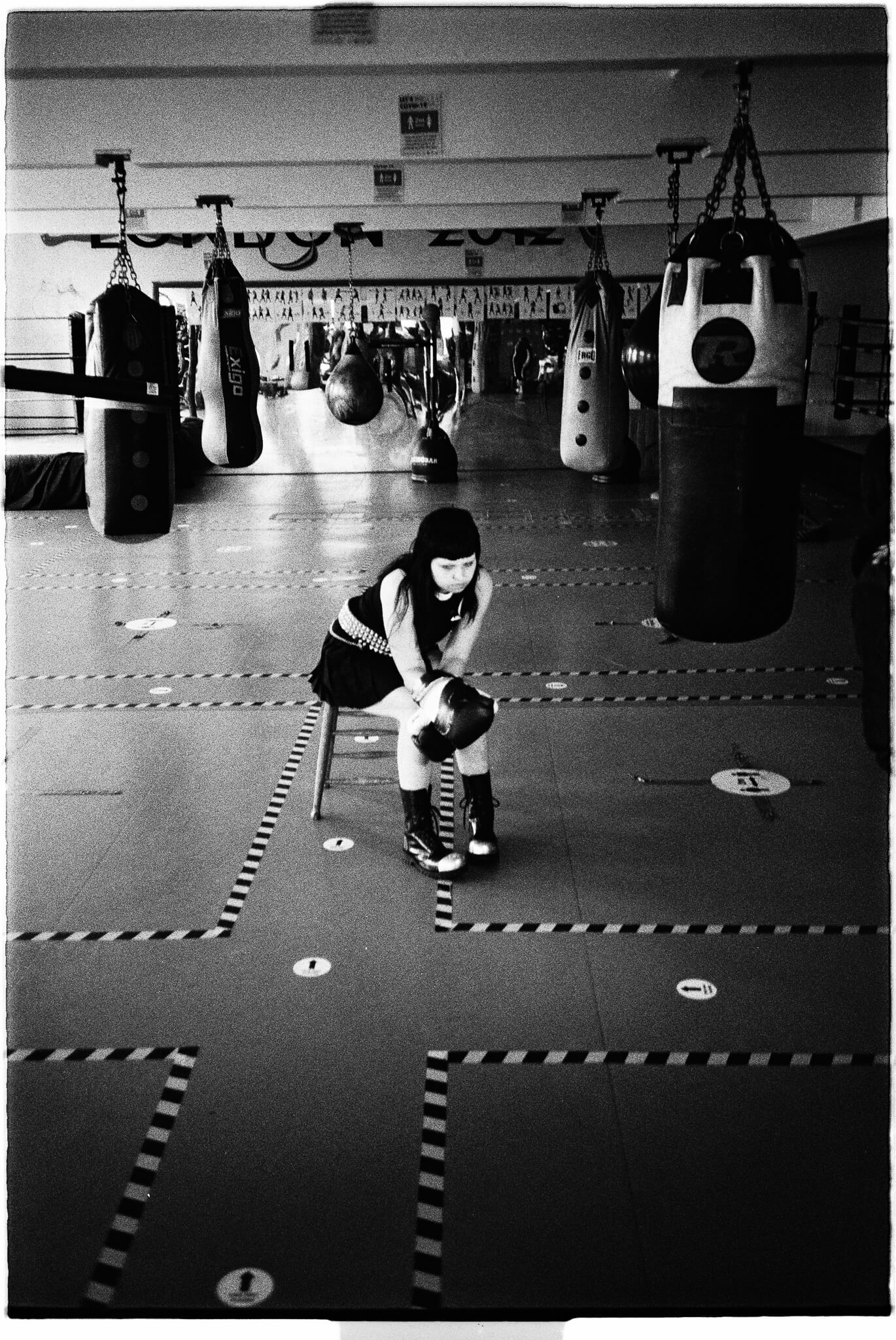 The underground, and the subcultures that propagate it, have changed through the fragmentation of postmodernism. Original incarnations of underground, counter-cultural youth groups were always subverted as marketing devices, but this exploitation has accelerated due to advances in technology. The physicality of communal activities has been saturated, an abstraction of the collective consciousness, replaced, possibly, by apathy and isolation. What was once pride in an underground exclusivity is now instant and performative validation via social media, allowing little time for covert experimentation.

Critic and music journalist since the 1980s, Simon Reynolds attests that “the web has extinguished the idea of a true underground; it’s too easy for anybody to find out anything now.” Perhaps, Reynolds has a point; the inclusivity of an online presence can provide a wealth of easy and fast information, yet a lack of identity can enable passive voyeurism, merely observing and judging from the safety of a keyboard. A concern that this culture has been flattened; has flat-lined.

The underground of today is what lurks beneath your steel caps or soft soles, it has been driven further beneath the earth, and yet, hides in plain sight. In a time more regulated, surveyed, policed, and patrolled than ever, the underground is even more vital. To lament the underground of yore is to wear blinkers of nostalgia; building a monolith to the underground’s past leaves no space for the underground’s future. Less demonstrable, the underground now fluctuates between cyber and concrete space. If you are so foolish as to think it dead, the underground has merely been canny in avoiding detection. Earlier subcultures and frequenters of the underground were too dependent on external modes of expression which were easily susceptible to corporate infiltration. Consequently, it could be argued that contemporary undergrounds have evolved from this dilemma: a visible lack of conviction or loyalty to a subculture may, in fact, be a shrewd means of survival. 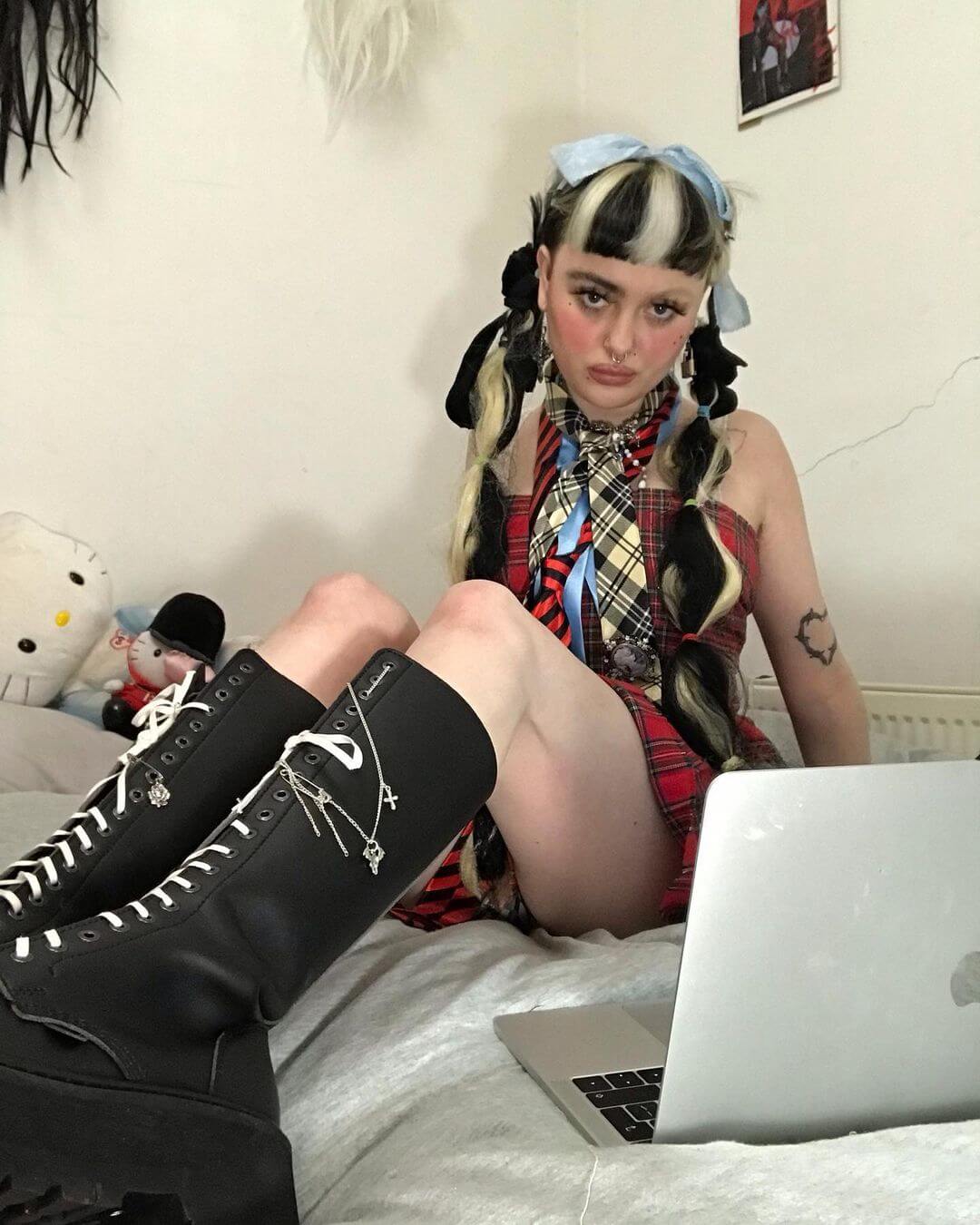 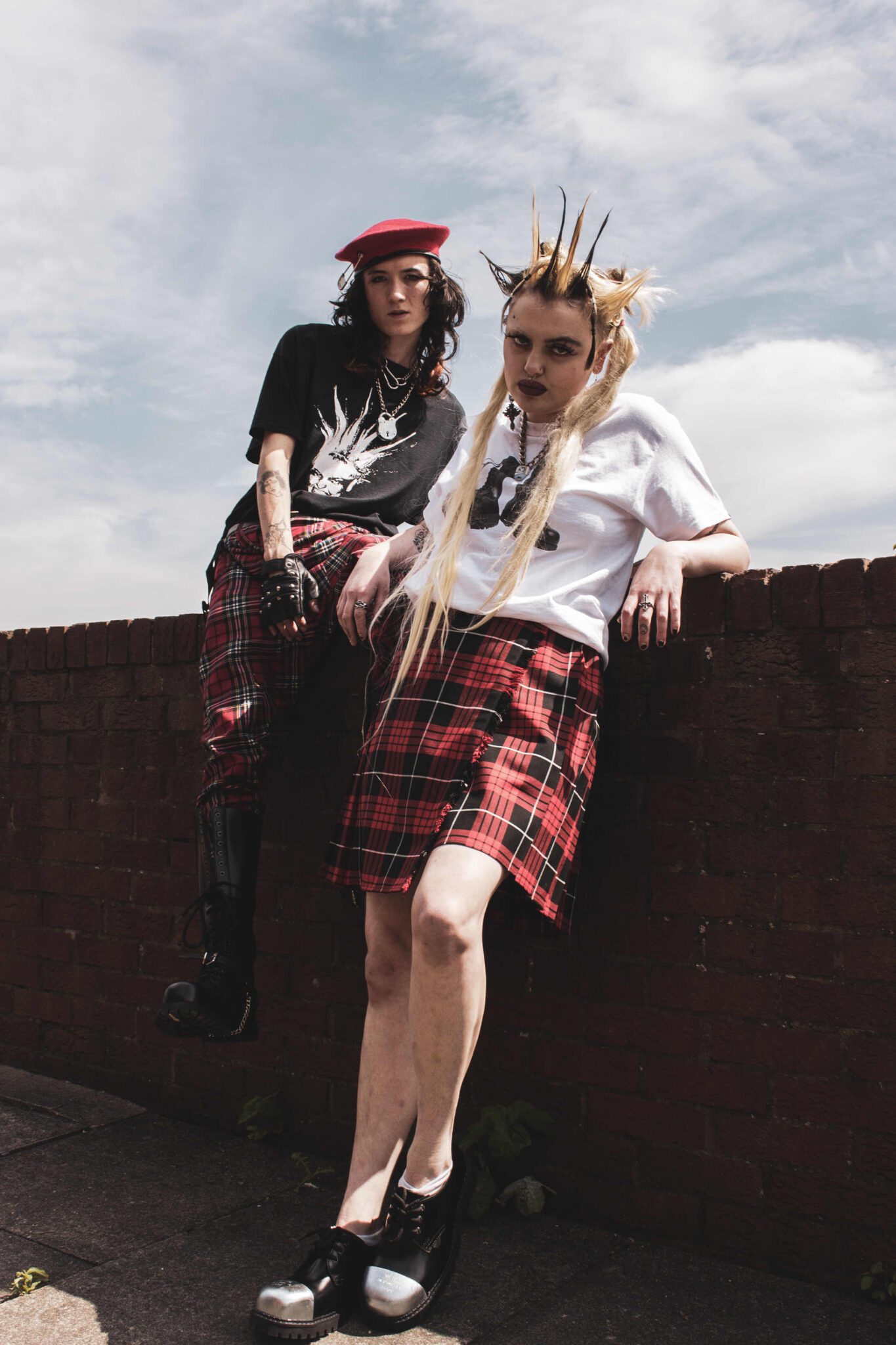 The word, the name ‘Underground’ is as contested as it is consecrated, and we, at Underground, are custodians of that philosophy. We know that the underground cannot be tamed or constrained; the underground is inherently free yet bound by its own intrinsically clandestine nature.

The underground resides in what endures and survives, in subversion and sarcasm and symbolism. The underground is in the indeterminate, in the cracks between pavements. The underground is a bunch of Glaswegian glam-goths challenging gender norms with New-New Romantic pop ballads and eye shadow. The underground is in a sustainable, ‘eco-punk’, balaclava-embroidering designer lurking in rural Belfast. It’s in the audio-visual collectives campaigning to keep their warehouse strongholds. It’s in the self-written, self-directed, and self-scored short films, made amid a global pandemic. It’s in the band who believe their collaborative, community-orientated zine is more important than their debut album. It’s in the crevices of exhilaration and fury.

The underground looking at what cannot be seen.

The underground is Never Known.

Once the underground has become known, it is no longer underground and something new must take its place. Never Known is Underground’s fascination with the ever-altering underground.

In these projects, we will provide a forum for experimentation; a means for ideas and imagination to circulate. Ever challenging, ever enthralling, ever underground. Back to Lindner and Hussey’s essay: that underground activity will “inevitably, result in an alteration of the contours of the (above ground) surface, perhaps even resulting in the toppling of certain established structures, opening the possibility for building new and different ones.”