Which Soundwave artists play a Gibson or Epiphone guitar?

Gibson is one of the most famous guitar brands in the world – played by both rock legends and contemporary artists alike. Established in 1902, with guitar production starting from 1930, Gibson swiftly forged a legacy which persists to this day.

The Epiphone had a similar start to Gibson, with the brand’s guitar production starting in 1928. In 1957, the brand was bought by Gibson and became part of the Gibson guitar family, with Epiphone being a more affordable alternative to Gibson products, and many models being inspired by famous Gibson models. With such a rich history within the brand and the world of rock music, Gibson and Epiphone’s are a favourite for those who want a powerhouse of a guitar.

Whether picked up by a classic rock legend to a burgeoning musician; from metal, to blues, to punk, Gibson and Epiphones are cherished within the alternative community for their fuller sound and higher technical specs. Below is some of our many Soundwave artists who have picked up a Gibson when taking to the stage or the studio.

As Yungblud’s lead guitarist, Adam Warrington is as key a member as Dom, with their pairing dating back to as early as college and have been inseparable since. Adam has remained a founding member of the band, known for playing predominantly on his Gibson. The former music student has gone on to win awards with Yungblud, and even reach a number one chart-topping spot with Yungblud’s sophomore album ‘Weird!.’ Like Yungblud, Adam almost always wears the Original Wulfrun Creeper when performing. 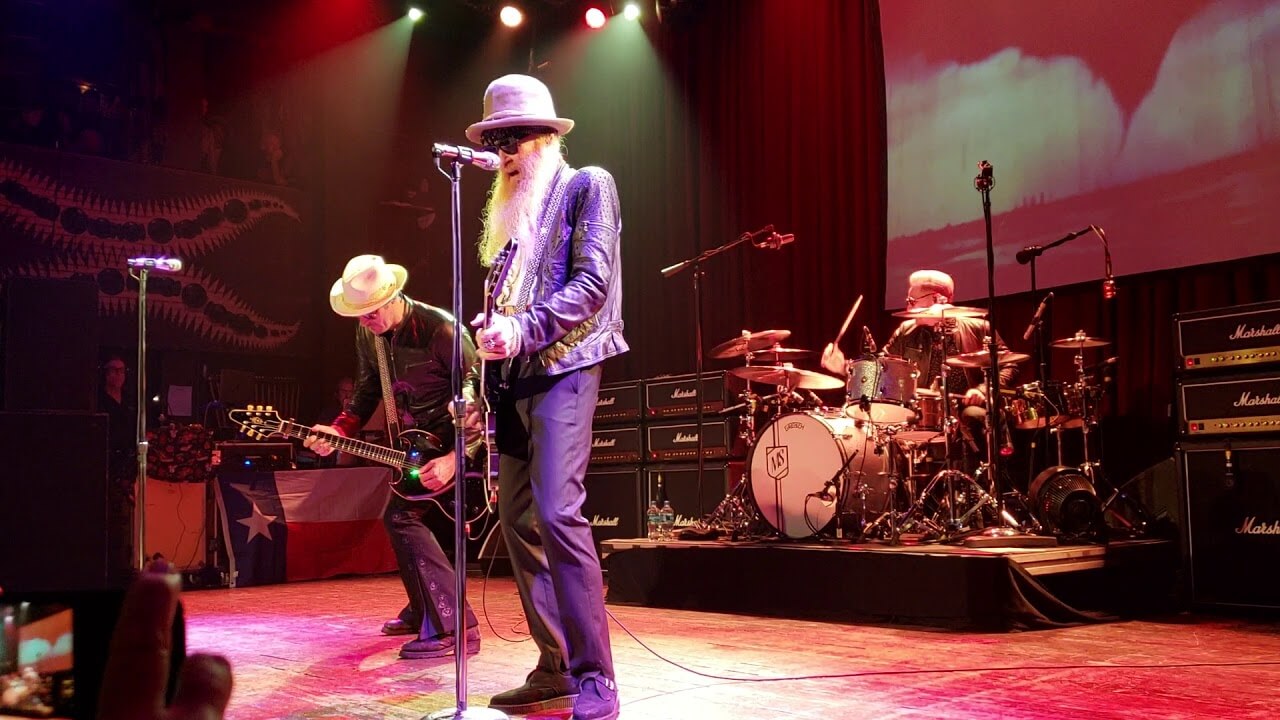 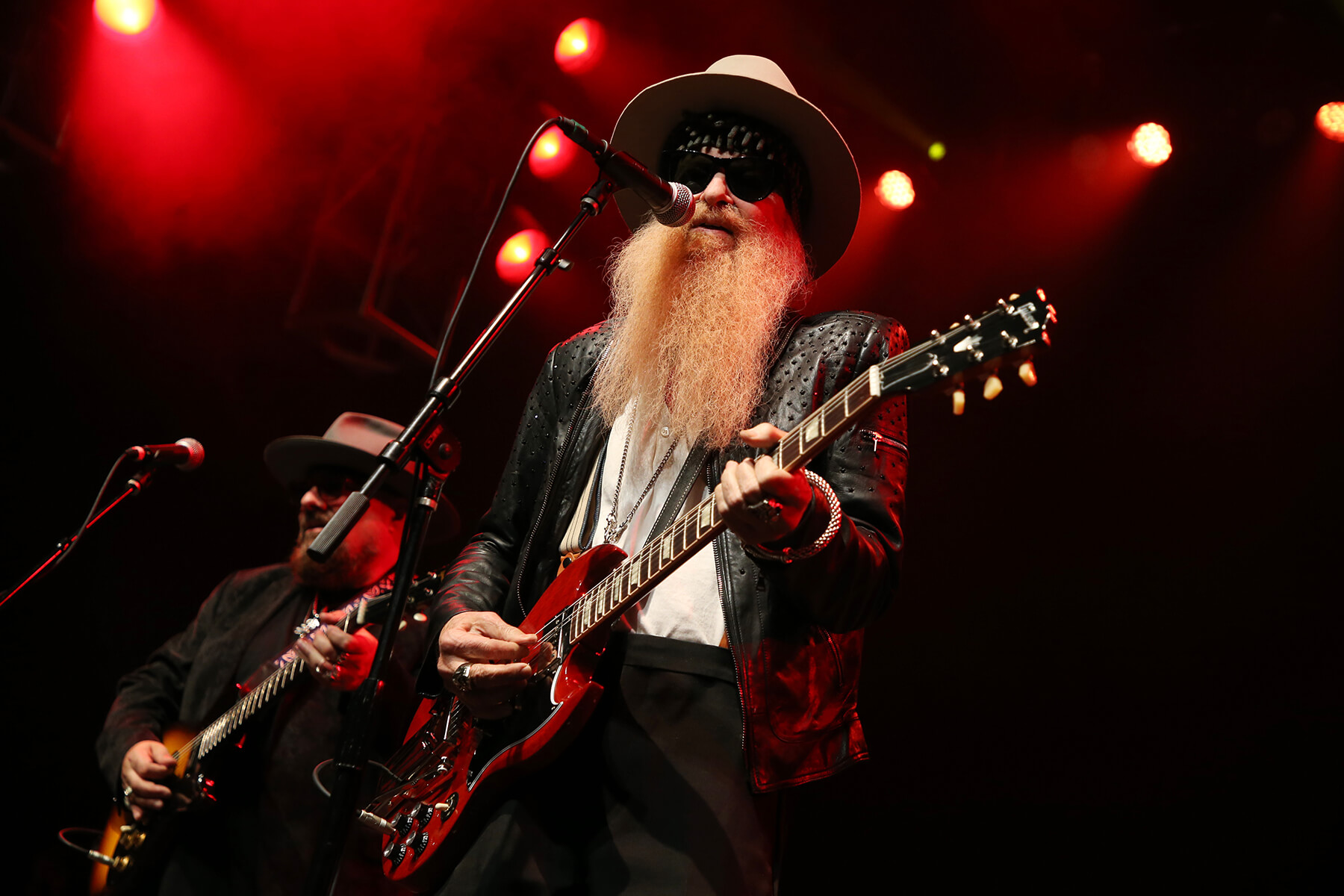 The legendary ZZ Top, fronted by Billy Gibbons on vocals and lead guitar, are heavily influenced by classic rock and roll. Gibbons predominantly uses a Gibson for both recording and performing live. With the band having deep inspiration from the rockabilly subculture, Gibbons wears creepers on stage alongside his signature Fedora. With the Creeper being a shoe that was heavily worn within rockabilly culture, the lead vocalist picked the Original Apollo himself after visiting the Berwick Street store. 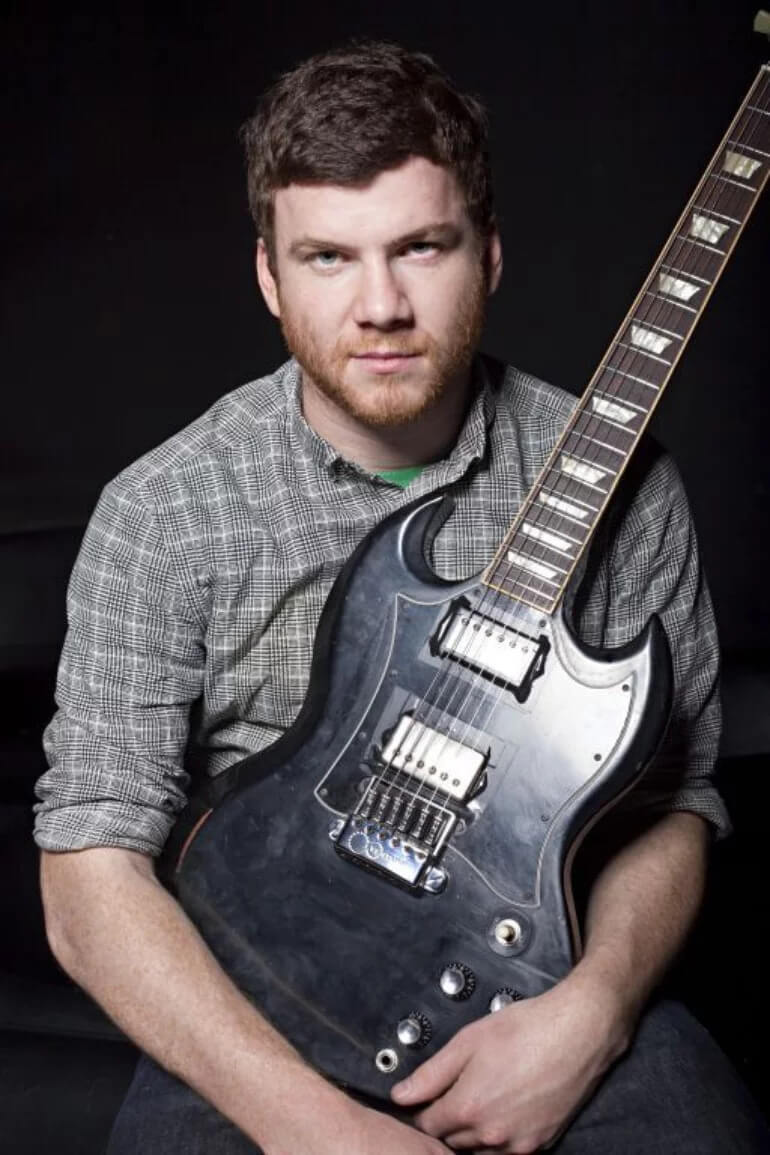 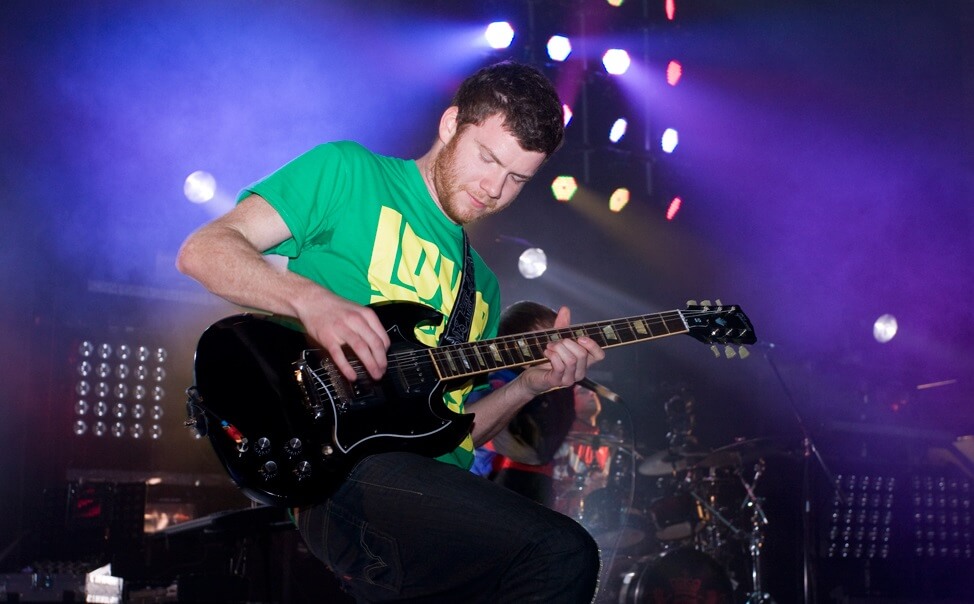 Rory Clewlow, the lead guitarist of Hertfordshire’s metalcore and highly experimental Enter Shikari, is one who experiments with multiple guitars on stage. With the guitarist having a line-up of five guitars that he uses on stage, Clewlow used to solely be a Gibson player. Due to the band’s vast majority of experimentation within its genre, Clewlow is far more versatile on stage, with each instrument used reflecting the era of each song being played. 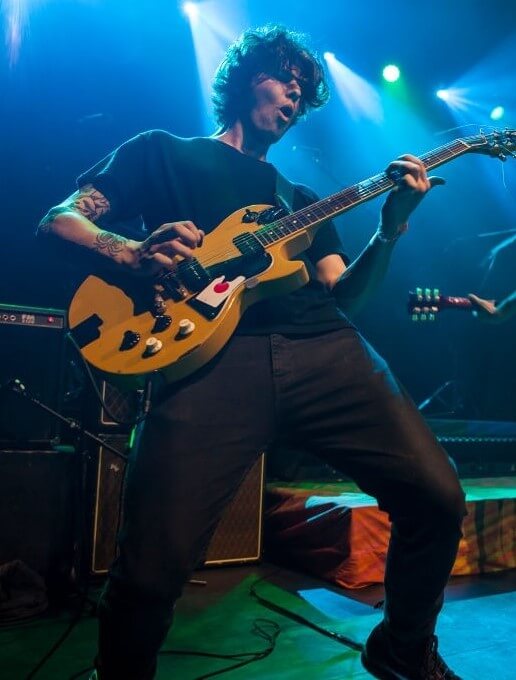 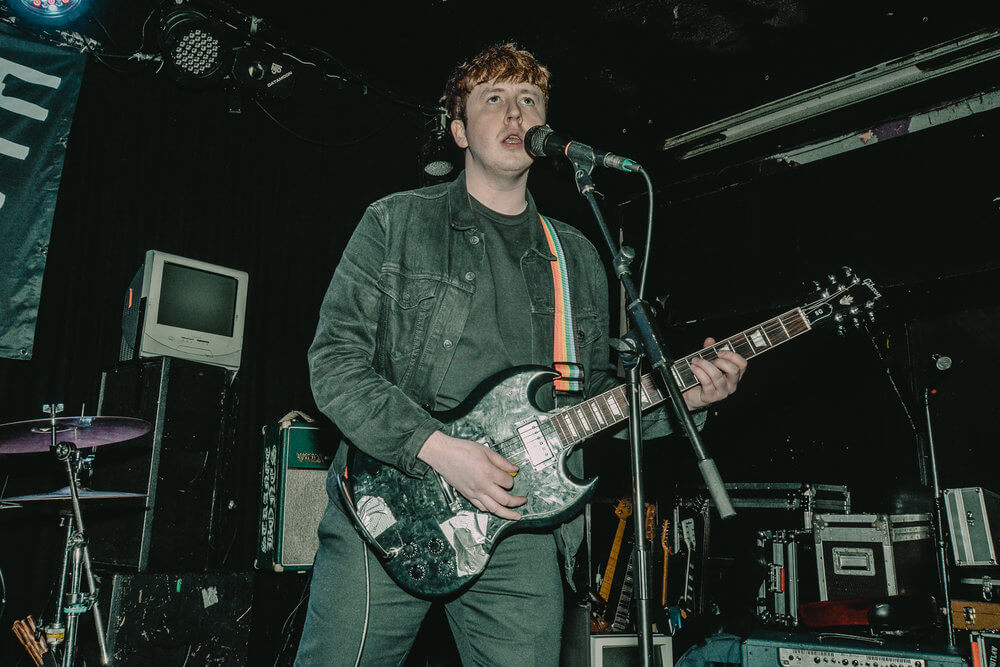 Strange Bones, the Blackpool-hailing four piece, who create noisy electronica infused punk, are made of the three Bentham brothers and Nathan Sanderson. Bobby, Jack, and Will Bentham all layer guitar to create the heavy soundscapes they are known for, with Jack frequently using a Gibson or an Epiphone. The heavy experimentation with each member between guitars is complementary against Bobby’s distinguishable vocals. 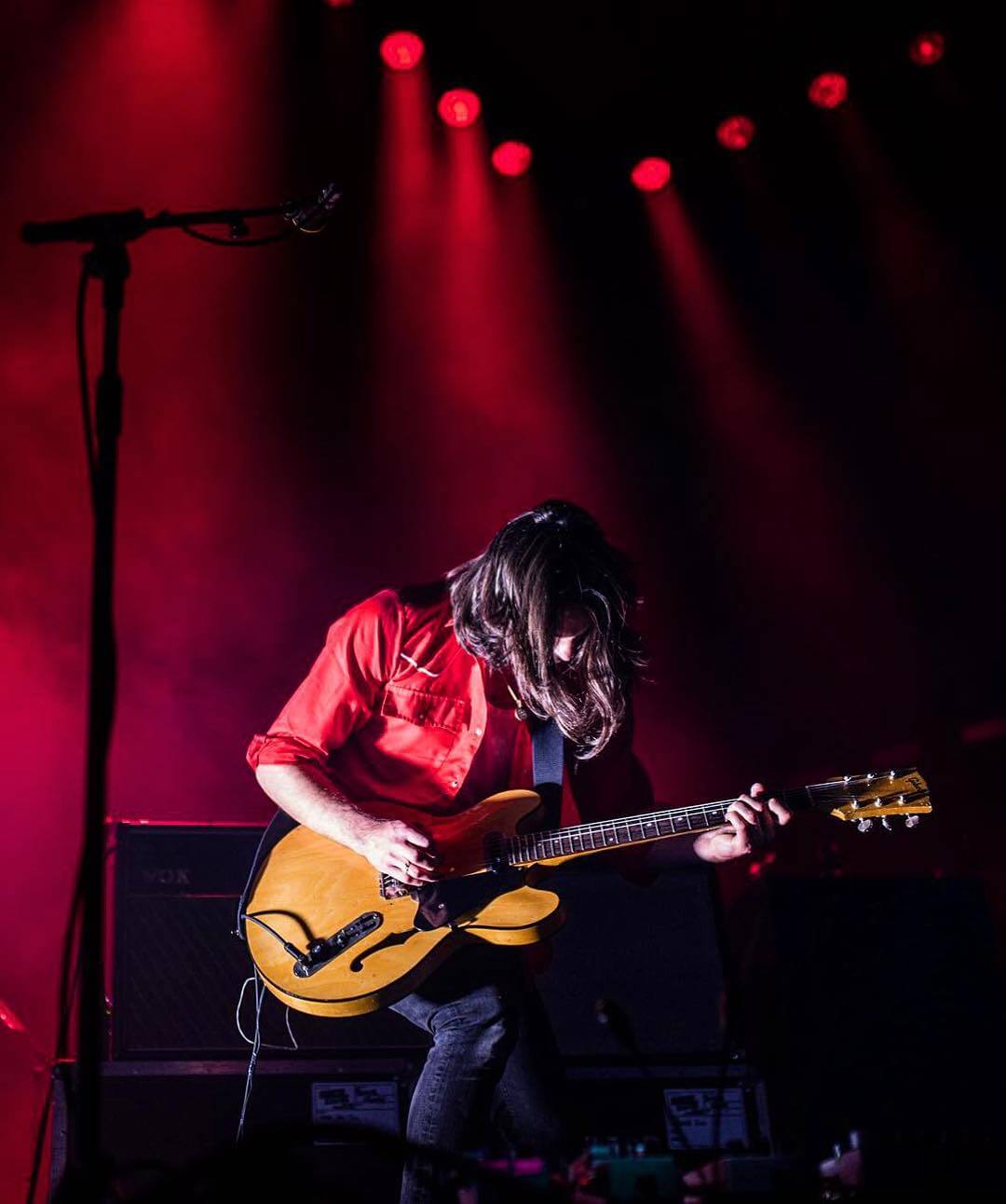 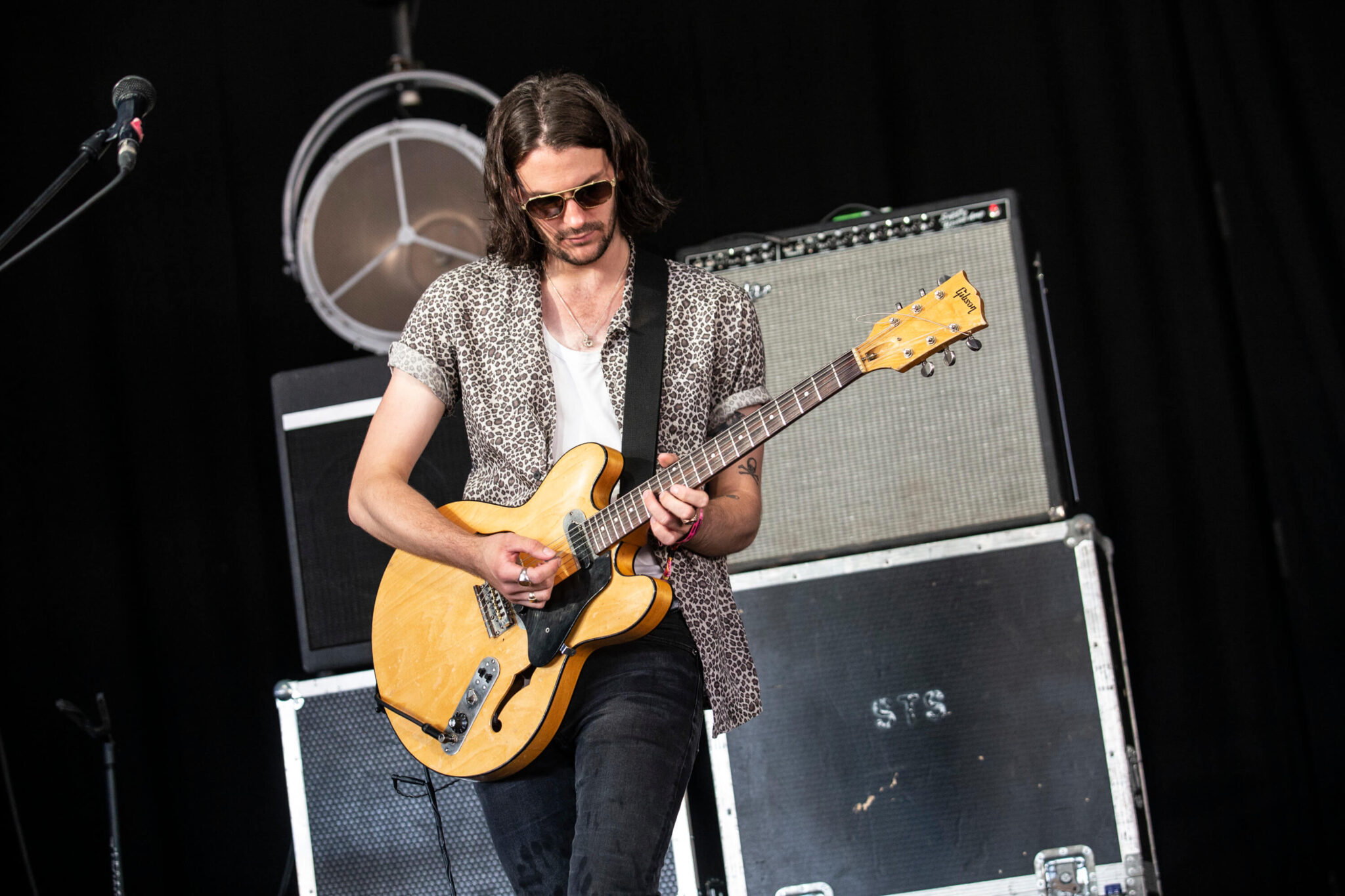 With music that could be used as a soundtrack for a modern Western or a 70s disco, Black Honey are known for their heavy use of guitar. With this very stylised variation of indie rock, bassist Tommy Taylor primarily uses a Gibson when playing alongside the guitars of Izzy Phillips and Chris Ostler, with Alex Woodward on drums. The band experiment in a way that has become synonymous with the 70s inspired flair and charm that can be heard in almost every one of their songs.

Being the leading Gibson guitar shop in London, you can purchase an array of Gibson and Epiphones from Sixty Sixty Sounds HERE or you can visit their store located at 28 Denmark Street, London, WC2H 8NJ.