Here at Underground we champion the right causes in Music –

We support the independent venues

We support the Indie labels

We support the Indie bands

We support diversity in music

And We support Women in Music

This weekend sees, what appears to be at first viewing, to be two events at different ends of the spectrum. At Wembley we see the final two nights of the Spice World 2019 Tour. The Spice Girls, The Girl band and originators of 1990s Girl Power take to the stage. Underground talks Spice Girls you might ask? Apart from the fact that the girls wore our shoes there is more to the Spice Girls than you might imagine. Shoot back to 1997 and The Guardian Newspaper commissioned post-feminist, post punk playwright and activist to interview the Spice Girls when they were on tour in the US. It wasn’t the sort of interviewer you would expect for the “Bubble-gum Girl Power “group and you would be forgiven if you expected a car crash of an interview. But wait! Here you have one of the most gifted and perceptive writers who had dreamed of being a modern-day girl pirate presented with the opportunity to interview the pre-eminent girl band of the age. She wrote glowingly of them, of their spirit, their dress, their lack of inhibition.

The Spice Girls are having their cake and eating it. They have the popularity and the popular ear that an intellectual, certainly a female intellectual, almost never has in this society, and, what’s more, they have found themselves, perhaps by fluke, in the position of social and political articulation. It little matters now how the Spice Girls started—if they were a “manufactured band.”

What does this have to do with feminism? When I lived in England in the Eighties, a multitude of women, diverse and all intellectual, were continually heard from—people such as Michele Roberts, Jeanette Winterson, Sara Maitland, Jacqueline Rose, Melissa Benn. Is it also possible that the English feminism of the Eighties might have shared certain problems with the American feminism of the Seventies? English feminism, as I remember it back then, was anti-sex. And like their American counterparts, the English feminists were intellectuals, from the educated classes. There lurked the problem of elitism, and thus class.

I am speculating, but, perhaps due to Margaret Thatcher—though it is hard to attribute anything decent to her—a populist change has taken place in England. The Spice Girls, and girls like them, and the girls who like them, resemble their American counterparts in two ways: they are sexually curious, certainly pro-sex, and they do not feel that they are stupid or that they should not be heard because they did not attend the right universities.

If any of this speculation is valid, then it is up to feminism to grow, to take on what the Spice Girls, and women like them, are saying, and to do what feminism has always done in England, to keep on transforming society as society is best transformed, with lightness and in joy. “ 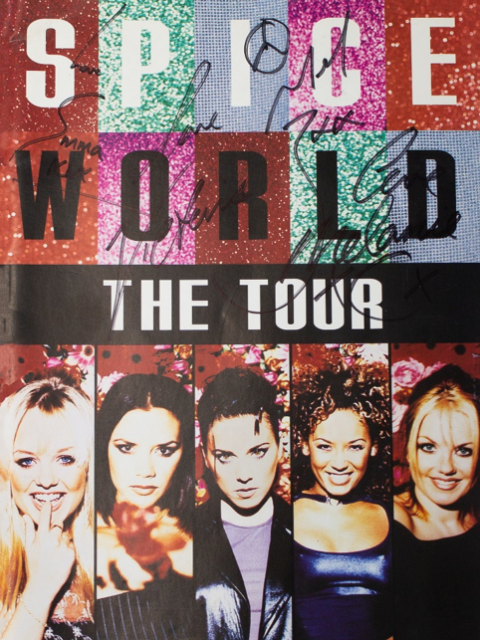 It was a massive tribute from Acker to have interviewed The Spice Girls and pulled so many positives from that. Their bubble-gum rampage into the music scene in the 1990’s might not have looked very punk or sounded very punk but the smashing down of barriers, or at least subtle pushing over of barriers was punk itself.

You can read the full interview at https://www.theguardian.com/music/2018/feb/26/when-kathy-acker-met-the-spice-girls

Whilst that is all going on over at Wembley, on the other side of the world, or in any case over in Oxfordshire, you have https://sefests.co.uk

Kicking off today, until Sunday it is an inclusive celebration of women in music. The line festival is a “solar powered, environmentally conscious festival that boasts a female, female led line up that includes Vice Squad, Sound of the Sirens, Defekters and The Menstrual Cramps.

We were drawn to this festival in particular because of Vice Squad. An original Punk band from 1979 led by Beki Bondage, we had come across on old copy of SOUNDS music magazine with Beki on the front cover. Searching round as you do , we found that Beki and Vice Squad were on the line up for Sistafest this weekend and more than that they are sharing the stage with The Menstrual Cramps, a more recent addition to the scene and self-describing as a DIY Queer Punk Band . Here you have in one field in the Oxfordshire countryside, the entire essence of the punk scene, with no limits and no rules. From the original 1979 act that remains true to the cause together with the new entrants to the scene. Added to that it takes place in the environment of a festival that celebrates women in music. 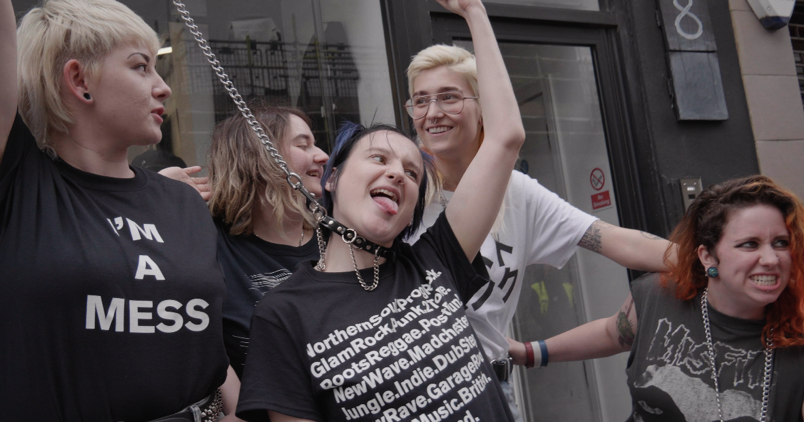 Over at Wembley, The Spice Girls, in the fields of Oxfordshire, Vice Squad and The Menstrual Cramps. All punks in their own way and all women punks too. Have a great weekend.